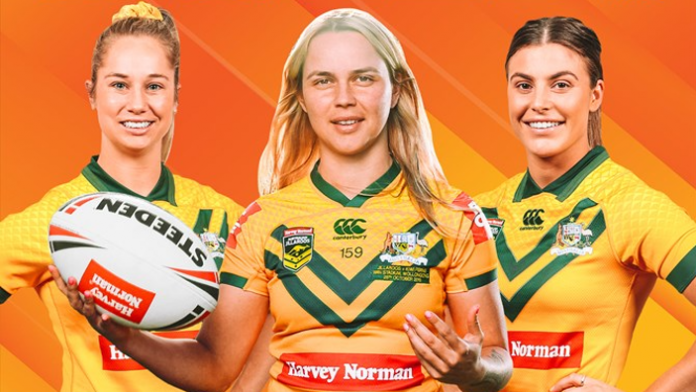 Wests Tigers have announced the signings of three international representative players ahead of the 2022 Harvey Norman NSW Women’s Premiership season.

Following a strong season in 2021, Wests Tigers will be bolstered further by the re-signing of international fullback and captain, Botille Vette-Welsh, as well as the signing of Dally M Medallists, Kezie Apps and Jessica Sergis.

One of the elite outside backs of the game, Sergis has competed at the highest level, having represented Australia and New South Wales over the past five seasons.

The 24-year-old received the game’s highest honour when she was named the Dally M Medallist for Women’s Player of the Year in 2019.

Wests Tigers CEO Justin Pascoe welcomed the new signings and said he was excited by the continued progress being made by the club’s women’s program.

“On behalf of all at Wests Tigers, I’d like to welcome Kezie and Jess to the club and say how excited we are to have them on board this year,” Pascoe said.

“They are both world-class players who have performed at the highest levels in the game and will certainly add a great deal of experience, talent and professionalism to our team.”

Sergis will begin the year playing in the NRLW competition after she switched from the Dragons to the Sydney Roosters.

The Wests Tigers Harvey Norman NSW Women’s Premiership team will begin its initial pre-season training in the coming weeks before players with NRLW commitments will return to the team full-time in April in the lead-up to the 2022 campaign.