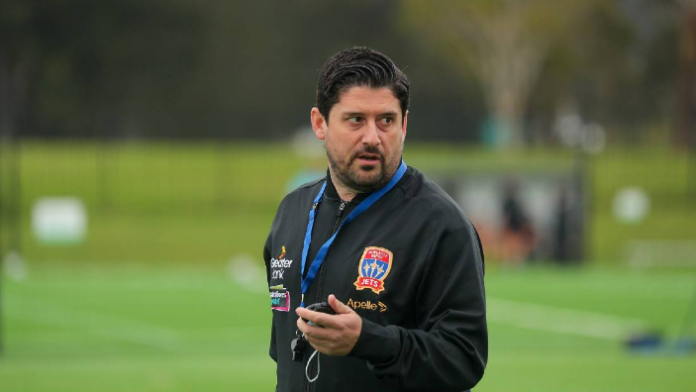 Arthur Papas has spent most of the past 10 years in various football roles across Asia, but when he was asked to return to Australia for a chance to coach the Newcastle Jets in the A-League he jumped at the chance.

The Jets have been in decline for about a decade now, finishing second-last in last year’s season and having only made the A-League finals twice.

But according to The Narooma News, as the team’s new coach, Papas’ ambition and goal is to transform the club “into a A-League force.”

“Over the last 10 years there’s probably been one or two seasons that would be the kind of season that allow the supporters to smile for the majority of them,” Papas told AAP.

“I’m under no illusions that it is a challenging job but it’s also an opportunity… It’s been an opportunity to come in here and try to make a difference in the way we go about recruiting, the way we want to play.”

Papas’ revolution has seen a dramatic overhaul of the Jets’ squad.

Club stalwart Nigel Boogaard has retired and is one of 15 players from last season’s squad who won’t be returning, including Nikolai Topor-Stanley, Roy O’Donovan, Connor O’Toole, Johnny Koutroumbis, James Donachie and Ali Abbas.

Papas says these changes will set the Jets up for their future.

“I consider it really the first step of what needs to be quite a few steps to give the opportunity for this club to not only just have one good season, but try to create a system that allows them to build year-after-year because I think that’s what our supporters deserve.”