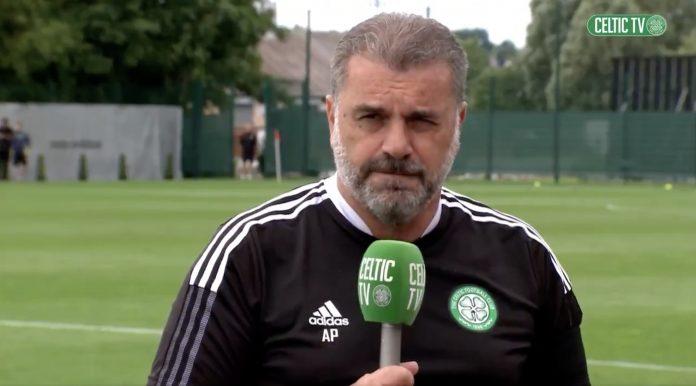 Ange Postecoglou looks to be on the road to riches in Scotland after claiming two victories in his first two games in charge of Celtic FC.

In his first game in charge against Sheffield Wednesday, Postecoglou fought back from a goal down to beat his opponents 3-1.

“We grew into the game, and to their credit for the better part of the first half and then the second we played some decent stuff and scored a couple of good goals and finished strong,” Postecoglou told Celtic TV following the match, which was played in Wales.

“There’s nothing wrong with winning, particularly in the manner in which we did because we didn’t start well, we didn’t play well.”

Postecoglou followed up his victory with a 2-1 win on Saturday night over Charlton at Newport, Wales.

First half goals from Karamoko Dembele and Albian Ajeti put Celtic in command at Dragon Park before former Hearts striker Conor Washington pulled a goal back late on.

“The first half was quite good, we controlled the game pretty well,” Postecoglou told Celtic TV.

“In the second half it got a little bit stretched and chaotic but to be fair, for a lot of these guys it’s their first game for quite a while but they worked hard and that’s the main thing.

“Some of them looked a little bit rusty with their touch but that will come.

“We’re working hard in training as well which probably has an effect in terms of fatigue in the games.

“The most important thing for me is they’re trying to do the things we’re talking about and as long as they do that we can progress.”

Celtic next face Bristol City before opening their Champions League qualifying campaign against Midtjylland on July 20.