‘I will fight every day for our community’: Fiona Martin MP launches election campaign in Reid 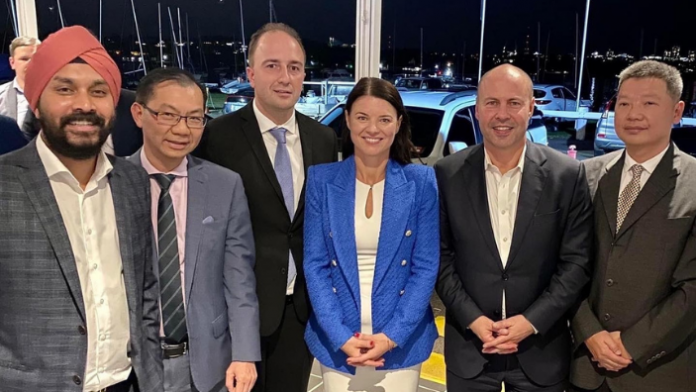 Federal Member for Reid, Fiona Martin, launched her election campaign on Wednesday night in the hopes that local constituents will re-elect her in the upcoming May election.

The launch night was attended by over 100 people including Federal Treasurer, Josh Frydenberg, the NSW Minister for Customer Service and Digital Government, Victor Dominello, and other local Liberal supporters and members of the Reid community.

Ms Martin, along with Mr Dominello, gave short speeches and received loud applause from the crowd.

Ms Martin started off her speech by acknowledging her Greek grandfather, Mark Barbouttis, and his migration story.

“Pappou did not speak a word of English [when he arrived in Australia], but he already spoke the language of Australians: Putting in the hard work; looking out for your mates; leaving the country better than we found it,” Ms Martin said in her speech.

“Pappou’s journey was sometimes difficult – but he never lost sight of what this country meant and how much he loved it.”

Ms Martin said that despite her grandfather being “taken too soon,” he continues to inspire her today and remains a driving force behind her determination to continue to fight for the people of Reid.

“I will fight every day for our community to ensure that the promise of Australia made to generations of migrants from far and wide is kept long into the future,” Ms Martin explained.

The psychologist then went on to acknowledge that the last two years of the COVID-19 pandemic have been challenging for the Reid community, especially in the areas of small business and mental health.

However, Ms Martin stressed that her “local plan for a stronger future” is about investing in local green spaces, continuing to work in the area of mental health, building better roads and supporting small businesses through tax relief and reducing red tape.

“I believe our best days are ahead of us.”