Federal Election 2022: The candidates of Greek heritage who claim victory 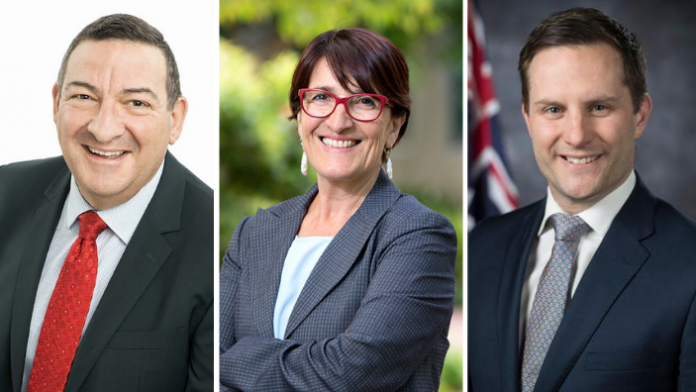 The Federal election results on Saturday, May 21 saw a change of leadership in Australia with the Labor Party under Prime Minister Anthony Albanese coming to power.

Albanese was sworn in this morning at Government House in Canberra and announced his interim ministry which includes Richard Marles as Deputy Prime Minister, Jim Chalmers as Treasurer, Katy Gallagher as Finance Minister and Penny Wong as Foreign Minister.

But what about the 28 individuals of Greek heritage who ran in the elections this year?

The Greek Herald can confirm that three of these individuals have retained their seats and they are – Alex Hawke MP, Steve Georganas MP and Maria Vamvakinou MP.

According to ABC News, Mr Hawke retained the very safe Liberal seat of Mitchell in New South Wales with 59.4% of the vote against Immanuel Selvaraj from the Labor Party.

On Facebook, Mr Hawke thanked former Prime Minister Scott Morrison for his “dedicated service to Australia leading a government during one of the most difficult disruptions to the world.”

In Adelaide, Mr Georganas retained his seat with 62.2% of the vote against Amy Grantham from the Liberal Party. Georganas has represented Adelaide since 2019, having previously represented neighbouring Hindmarsh in 2004-2013 and 2016-2019.

In a post on Facebook, Mr Georganas said he was “extremely humbled to be re-elected as the Federal Member for Adelaide.”

Ms Vamvakinou also retained her seat in the Victorian electorate of Calwell with 62.1% of the vote. She has held the seat since 2001.

“Thank you to the people of Calwell for their support,” Ms Vamvakinou wrote on Facebook. “A Federal Labor government will serve the interest of my wonderful constituency. Onwards and upwards.”

In the meantime, Fiona Martin MP lost her seat in Reid to Labor Party candidate, Sally Sitou. Ms Martin received 44.6% of the vote to Ms Sitou’s 55.4%.

No candidate of Greek heritage, including Drew Pavlou and Nick Xenophon, were able to get a seat in the Senate.