‘I always wanted to be a leader and give back’: Randwick City Councillor, Anthony Andrews 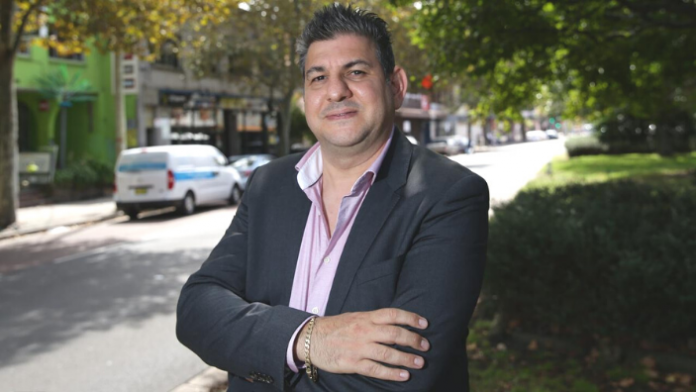 Randwick City Councillor, Anthony Andrews, was first elected to Council in 2000 at the age of 26 and he has been serving the constituents of Central Ward ever since. This year, during the local government elections on December 4, he hopes to be the first person of Cypriot heritage to become the Mayor of Randwick City Council.

To find out more about his plans if he is re-elected, The Greek Herald sat down with Cr Andrews and discussed his political career and future aspirations.

1. How did you get into politics?

From a young age I always wanted to be a leader and give back to my community. Further, I saw the struggles my grandparents had with English as a second language and wanted to be their voice in our community just like many other Greeks and Cypriots in the Randwick City Council area. I was first elected to Council 21 years ago and I was 26 years old. Prior to getting involved in politics, I was Assistant Secretary of the Cyprus Community of NSW.

2. How does your Greek heritage influence your work?

Being of Greek heritage does influence my work and the passion I have being a Councillor. My Greek values and heritage are very important to me. With one of the biggest Greek Orthodox parishes in the City of Randwick, that being St Spyridon Parish, and a Greek school, namely St Spyridon College, I am there to represent their interest and achieve the best possible outcomes for my community.

Every year I assist the parish in organising events such as the Epiphany at Yarra Bay and the closing of streets for Easter celebrations. My most satisfying achievements was the renaming of a street which borders our church after the founding principle of the college, the late Mary Hamer.

3. What have you achieved so far as a Councillor?

As a councillor I have achieved many things but if I had a name eight major achievements they would be:

4. What are your plans if you are re-elected this year?

If re-elected on December 4, I would be honoured to become the Mayor of Randwick City Council. I have been on Council for over 21 years and feel it’s now time for me to become the mayor and the leader of this great Council I have served so well. If I become Mayor, I will be the first Mayor of Cypriot heritage, something which I am very proud of.

5. What message do you have for our readers and the Greek Australian community more broadly?

The message that I have for your readers is to get behind and support all your Greek and Cypriot candidates at the up-and-coming elections. I feel that we need to support each other and that our community has a voice in local government.

My motto has always been that there should been no politics in local government. That’s why I am an Independent Councillor. I listen to my community not to political party bosses.

The people of Randwick are my bosses and I listen and will continue to listen to what they want and need to make Randwick City Council a better place to live.

On December 4, I ask that they Vote 1 in Group D in Central Ward, Randwick City Council.