Insight or Perspective: Why don’t the associations help? 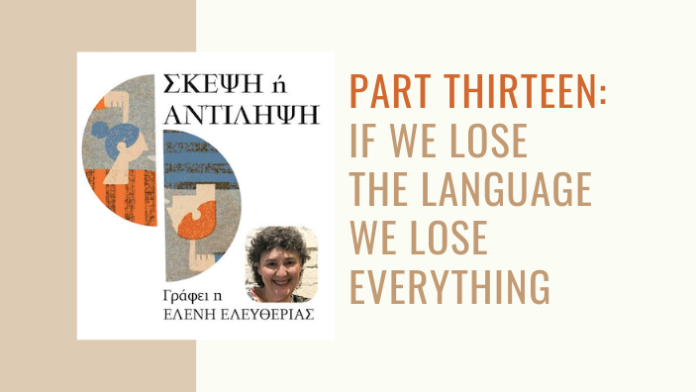 It seems to me there are more sinister reasons why most Greek associations do not promote the Greek language, even though they believe they do.

One reason is money. A group of people from a village form an association and have a number of events, usually they would have dances, and collect money to buy a property and rent it out to pay itself off. Those who made a lot of money bought their own buildings and continued to enjoy their “cultural” activities, usually to do with the cooking of a lamb, drinking retsina and Greek dancing.

Many sent their primary aged children to learn some Greek and thought that it is enough. But there is much more to Greek culture than this.

Whether you blame it on lack of education or their struggle to integrate and support each other in the early days of migration, that is not the case now.

Now their associations are holding onto wealth. Their joint wealth is worth many millions and no matter what their politics they all do the same thing, hoard the wealth and then lament the fact that the language is dying out in Australia.

Luckily for us and due to the Greek crisis in recent years, we got an influx of new migrants which has helped the level of Greek once more to restore some of what we have lost.

However, it is funding that is needed to help the language survive in the long term. Funding not only to cover teaching hours but to create new courses, to market the language to all students not just those of Greek background.

Next week more of what our associations should be doing.

READ MORE: Insight or Perspective: What are our associations doing to keep our language alive?