Insight or Perspective: What are our associations doing to keep our language alive? 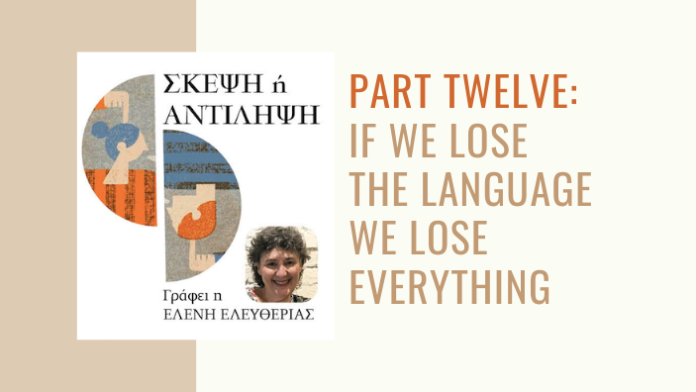 Well, for the most part not much.

Apart from the two big organisations, The Greek Orthodox Community of NSW and the Greek Archdiocese of NSW who both offer Greek language classes mostly after school in most Sydney areas, other smaller associations do nothing.

The GOC and the Archdiocese have been offering classes for around 50 years. A great contribution and though their offerings may not be perfect they have helped many people of my generation learn and excel in Greek.

However, we cannot expect these organisations to take all the responsibility for the preservation of the Modern Greek language in Australia.

Many students, do not attend Greek school at all.

Few take it up at university level and of those who do, a common statement we hear year in year out is that “no-one bothered to teach us” and  “I just want to learn to be able to speak with my yiayia or papou.”

We used to have three universities in NSW offering Modern Greek and in the 80’s they were jam packed with students who benefitted greatly. We took part in Greek theatrical performances and Greek concerts and the culture was flourishing.

Sydney University was given a big grant from a wealthy sponsor in the 70’s, Sir Nicholas Laurantos, the Chair of Byzantine and Modern Greek was created. This made it possible to provide many opportunities to the students to not only learn Greek but use it in useful ways.

Christos Georgiou, whom I studied Greek with and who was a close friend, was responsible for starting the movement and getting sponsorship to start the Modern Greek Faculty at Macquarie University in the early 80’s.

More on what the associations can do next week.

Letter: ‘The Cyprus Club in NSW is open for all members, the Greek and wider community’