Insight or Perspective: As Greek-Australians should we vote in Greece? 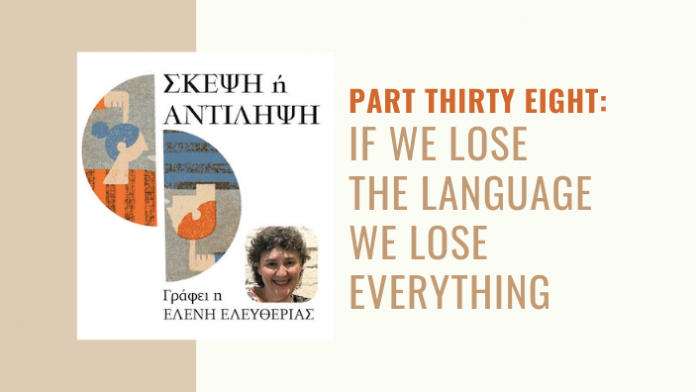 As Greek-Australians should we vote in Greece?

For many reasons this is problem scenario.

I recently attended an online meeting with the New Democracy Minister for Foreign Affairs in Greece, Dr Konstantinos Vlassis, who is also an Orthopaedic surgeon and a Professor in Greece.  Many Greeks in Australia own land or homes in Greece, with a few also running a business in Greece or renting out properties there. According to the New Democracy Party, Greeks of the Diaspora should be able to vote in Greece from here.

That everyone of Greek heritage, who has a Greek passport should have the right to vote in Greece may be problematic.

At face value it seems very honourable of the current Greek government to support Greeks of the Diaspora. Or is it? Who is gaining here?

It also seems like a valid that we of the Diaspora have the same rights as every other Greek to vote and affect the Greek nation. But do we? even when we do not live there?

I wonder if all the ex-patriots of Australia get to vote about what happens here?

Another problem however, is that many of us have no idea about the situation of the Greek people or their needs, their working conditions or tax obligations.  Are we truly able to make decisions for them? Are they unable to govern themselves? Do we see ourselves as their saviours because we know better?

I am just throwing a spanner in the works here!

As a person who loves Greece, I would love to be able to help them and their economy. I also have some interests in property in Greece but should I vote?  I would love to but in all honesty, I am unqualified to do so as I do not know their needs and what is best for them. All I know is what various political parties tell me when they visit Australia or what biased news I read online.

What do you think?