Michael Constantine, the dad in ‘My Big Fat Greek Wedding,’ dies at 94 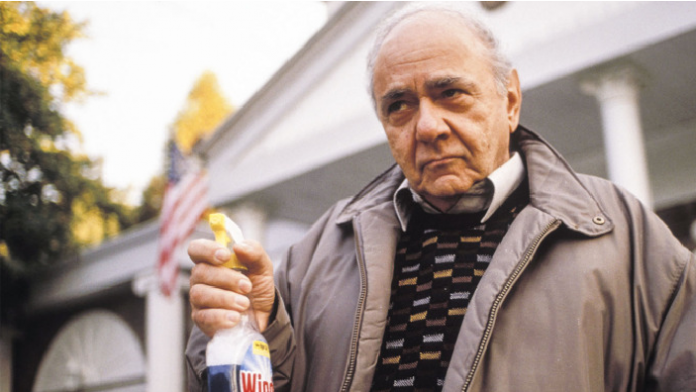 Michael Constantine, the Emmy-winning actor from the 1970s sitcom Room 222 who later portrayed the Windex-spritzing father of Nia Vardalos’ character in My Big Fat Greek Wedding, has died. He was 94.

Constantine died on August 31 in his home in his native Reading, Pennsylvania, his family announced. He had been ill for some time, they said.

The son of Greek immigrants, Constantine is warmly remembered for his turn as Gus Portokalos, the husband of Lainie Kazan’s Maria Portokalos, in the unlikely box-office smash My Big Fat Greek Wedding and its 2016 sequel.

The first installment, made for $5 million and released in 2002, grossed nearly $370 million worldwide.

On Wednesday, Vardalos paid tribute to the man who played her boisterous Greek father on Twitter, writing:

“Michael Constantine, the dad to our cast-family, a gift to the written word, and always a friend. Acting with him came with a rush of love and fun. I will treasure this man who brought Gus to life. He gave us so much laughter and deserves a rest now. We love you Michael.”