The winners and losers in the NSW budget 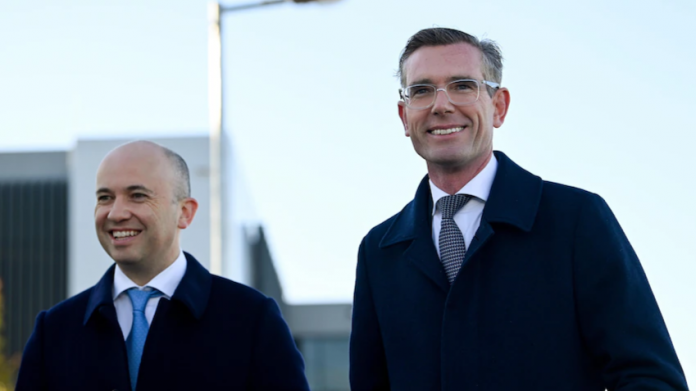 Multicultural communities, first home buyers, health workers and seniors have emerged as the biggest winners of a NSW budget designed to spur the economy and tackle the cost of living.

Dominic Perrottet’s government handed down its first budget today, as he and Treasurer Matt Kean look to make their mark on both the economy and voters nine months ahead of an election.

Mr Kean described the budget as a “once in a generation reform budget for the people of NSW,” despite the fact the deficit has blown out to $11.3 billion.

As part of the budget, $28 million will be invested into the state’s rich multicultural communities over the next two years.

$8 million had also been secured in the Budget to support older residents with the continuation of important programs and cost-saving initiatives.

Here are some of the winners and losers from this year’s budget.

A major funding boost of $14 million a year for two years has been secured through the NSW Budget to support whole-of-government language services, boost community cultural events and festivals, and increase engagement with multicultural and multi-faith communities.

Under the new First Home Buyer Choice scheme, house hunters can choose to opt out of stamp duty by paying an annual levy of $400 plus 0.3 per cent of the land value of the property. Eligible first-home buyers can choose to join the scheme from January 16 next year.

The government has committed to spending $4.9 billion in spending over the next four years. Measures include funding to increase workforce participation, improve safety, support women in small business and also health commitments for affordable fertility treatments and menopause hubs.

GPs, nurses, midwives and other health workers could snag an extra $10,000 a year, so long as they take the plunge into critical and “hard to fill” roles (Read: remote). Healthcare workers across the state have also snagged a $3000 “thank you” payment for their service during the pandemic.

As part of an $8 million funding allocation, $500,000 will go to continuing to support the NSW Seniors Card program, $1 million to the annual NSW Seniors Festival, and $1 million for the four NSW ageing advocacy organisations.

Wealthy foreign investors searching for a humble abode in the harbour city will see residential real estate land tax increase from 2 to 4 per cent.

The government say this one is a win for workers: a pay rise lifting the cap on wages to 3 per cent this year, and a possible 3.5 per cent next year. Unfortunately, it’s not quite what workers had in mind, coming in far below inflation (5.1 per cent) and not keeping pace with the rising cost of living.

Share
Facebook
Email
Twitter
Pinterest
Linkedin
WhatsApp
Viber
Print
Previous article‘We were outcasts’: Peter Andre on growing up as a Greek Cypriot in Australia
Next articleMikis Theodorakis, Dimitris Basis and ‘The Ballad of the Dead Brother’