On this day: The history behind Crete’s August 25 Street 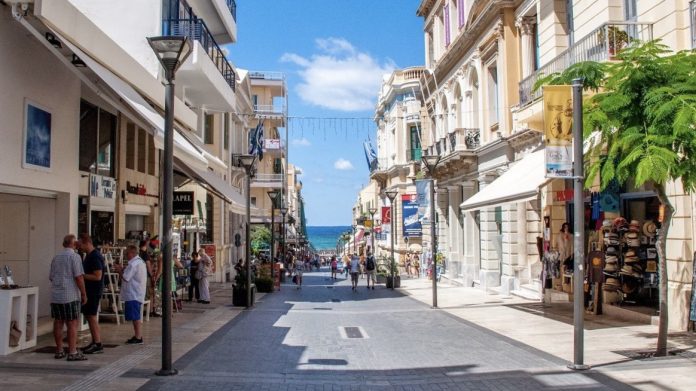 The long-standing 25th of August street is one of the most historically significant streets in the Cretan city of Heraklion.

The site is indicative of Crete’s rich Greek and Turkish history – all the way from the late 19th century to today.

Today, the street is lined with neoclassical buildings and connects the Venetian harbour to the Square of Lions.

Just before the 19th century led into the 20th is when 25th of August Street got it’s future name as collateral in the Greco-Turkish war of 1897.

The Greeks waged war against Ottoman rule on the island several decades after the Greek War of Independence.

Turkish fanatics massacred approximately 500 Christians and 17 British soldiers and damaged buildings and monuments along the road following the surrender of the Customs office to the Christians.

The violence was the catalyst for negotiations for the Union of Crete with the rest of Greece and the removal of Turkish forces from the island.

It hosted official government buildings, the Basilica of St. Mark, the church of St. Titus, and the Loggia.

Today, August 25 Street is paved and welcomes locals and tourists from around the world.