‘We have vital rights in the Aegean Sea’: Turkey reacts to Greece’s territorial waters extension 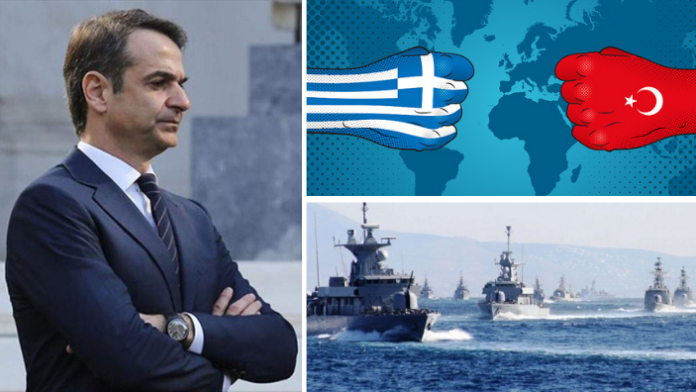 Turkey’s Ministry of Foreign Affairs noted in an announcement Wednesday that Greece’s extension of its territorial waters from 6 to 12 miles does not regard the Aegean Sea and repeated the country’s objections against such an extension in the Aegean.

“The extension of territorial waters in the Ionian Sea by Greece to 12 nautical miles reaches up (to) the south of the Peleponnesian Peninsula and does not affect the Aegean Sea in any way,” said ministry spokesman Hami Aksoy.

“Turkey has vital rights and interests in the semi-enclosed Aegean Sea, where special geographical circumstances prevail. Turkey’s position that the territorial waters in the Aegean Sea should not be unilaterally extended in a way to restrict the freedom of navigation as well as the access to the high seas of both Turkey and third countries, is well-known by all parties. Our position remains unchanged,” he added.

Turkey and Greece are due to resume on Monday, after a 5-year hiatus, the exploratory talks they have been conducting since the 1990s. This will be the 61st round of talks.

On Wednesday morning, Prime Minister Kyriakos Mitsotakis, during a parliamentary debate on the territorial waters extension, and repeated Greece’s longstanding position, that it is within its right to extend its territorial waters whenever and wherever it chooses to, including south of Crete and elsewhere.

Foreign Minister Nikos Dendias had made a similar declaration Tuesday.