Vassilis Kikilias: ‘There must be close cooperation between Greece and Australia on tourism’ 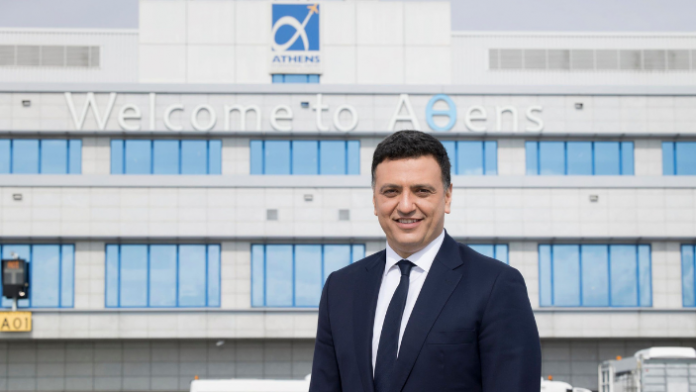 The development of Greece’s tourism sector was a key idea discussed by Greek Tourism Minister, Vassilis Kikilias, during his Zoom conference on May 25 as part of the Greek Australian Dialogue Series.

The dialogue series was organised by Katia Gkikiza, Trade Commissioner of Greece in Australia, Consulate General of Greece in Sydney, and Executive Director of Business Sydney, Paul Nicolaou.

During his conference, Mr Kikilias underlined that tourism is one of the main generators of income for Greece and played a key role in the country’s recovery following the coronavirus pandemic.

The Minister also stressed the role of Australia in the tourism sector and stressed that ideally he would like to set up an office of the Greek Ministry of Tourism in Australia.

“May we eliminate distance and delays. Know that I am pushing in this direction. There must be co-operation between the two countries in this area,” Mr Kikilias said during his talk.

“We are confident that we can turn the crisis into growth, despite the adversities of recent years, such as the pandemic and the war in Ukraine. What we want is to see our strategy implemented and work.”

Mr Kikilias also referred to the efforts being made to attract new investments in key sectors of the Greek economy, which will boost tourism, strengthen infrastructure and maintain the quality of the tourist product offered.

“It is amazing that despite the difficulties of the last three years, Greece is now the No. 5 destination in the world. We will invest in this,” he concluded.

“We will continue to support and upgrade it, fighting day-to-day and week-to-week in order to have a quality tourism product, to offer good services.”