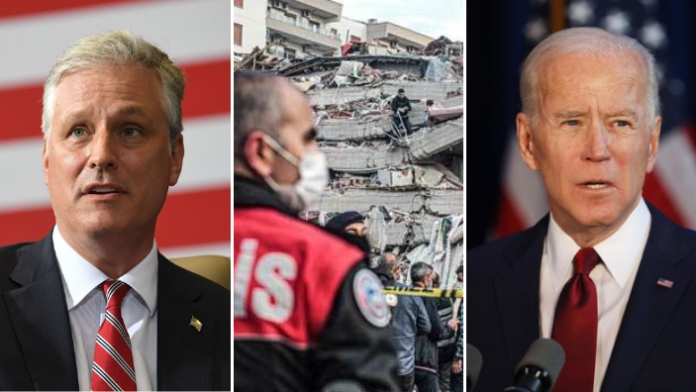 Democratic presidential nominee Joe Biden offered condolences to Greece and Turkey Friday after an earthquake that has killed at least 19 people across both countries and injured hundreds more.

“Jill and I send our prayers to the people of Greece and Turkey following today’s earthquake,” Biden wrote on Twitter, referring to his wife.

“We’re grateful for the brave rescuers saving others, and for the governments of Greece and Turkey putting aside their differences to support each other.”

He is the first presidential candidate to offer condolences to the countries as they recover from the devastating temblor.

US President Donald Trump has yet to weigh in, but Robert O’Brien, his national security advisor offered condolences and US support in a message similar to Biden’s, lauding the solidarity shown by Greek and Turkish officials.

Turkish President Recep Tayyip Erdogan replied earlier Friday to Greek Prime Minister Kyriakos Mitsotakis who said on Twitter he called the Turkish leader to voice Athens’ condolences and to pledge solidarity as the countries recover from the devastating temblor.

“I offer my condolences to all of Greece on behalf of myself and the Turkish people. Turkey, too, is always ready to help Greece heal its wounds,” Erdogan said.

“That two neighbors show solidarity in difficult times is more valuable than many things in life.”

At least 17 people were killed and 709 others injured in Turkey when a magnitude 6.6 earthquake jolted the Turkish city of Izmir on the Aegean coast on Friday.

Two children were also reported dead on the Greek island of Samos.

*This is a developing story