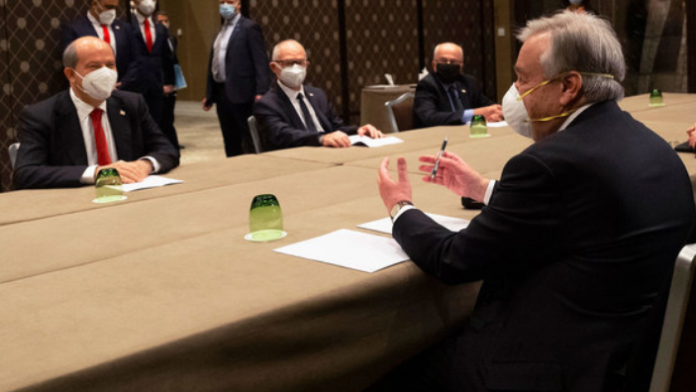 A fresh United Nations-led bid to seek to resolve decades of tensions in Cyprus began in Geneva on Tuesday, with Secretary-General António Guterres “realistic” about the chances of making progress, his Spokesperson said.

“The Secretary-General decided to organize this meeting following the consultations conducted over the past several months on his behalf by Under Secretary-General Jane Holl Lute”, Stephane Dujarric told journalists at the UN Palais des Nations, referring to the veteran UN and former US Government official who has been working to advance reconciliation.

“As we have repeatedly said, the purpose of the meeting will be to determine whether common ground exists for the parties to negotiate a lasting solution to the Cyprus issue within a foreseeable horizon.”

The development comes four years after Greek Cypriot and Turkish Cypriot leaders last met in Switzerland to discuss the future of the divided Mediterranean island.

That conference in the Alpine resort of Crans Montana, stalled after a week of discussions on six main issues, including security and guarantees, new territorial boundaries, and power-sharing.

The US State Department welcomes the start of the informal 5+1 meeting on the Cyprus issue, being held in Geneva from April 27 to 29, under the aegis of the United Nations Secretary-General Antonio Guterres, a spokesperson said on Tuesday.

The US continues to support a Cypriot-led settlement to reunite the island on the basis of a bizonal, bicommunal federation that will benefit all Cypriots, as well as the broader region, it was added.