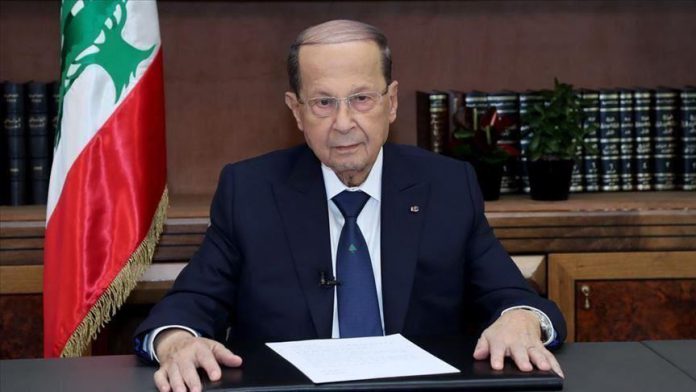 Lebanese President Michel Aoun on Tuesday called upon the UN Interim Force in Lebanon (UNIFIL) to investigate the reasons behind a Greek oil vessel (which operates for the Israeli Army) exploring Lebanon’s territorial waters for around seven hours.

Aoun made this call during his meeting with UNIFIL commander Maj. Gen. Stefano Del Col in the presidential palace.

The Lebanese presidency statement came following the meeting which stressed that “Lebanon rejects any violation of its legitimate rights within its territorial waters,” considering that “Israeli naval violations of Lebanese sovereignty are no less dangerous than land and air violations, which Israel continues to carry out”.

According to the statement, Aoun also expressed Lebanon’s appreciation for the efforts of UNIFIL to preserve stability along the UN demarcated “Blue Line”, and stressed on Lebanon’s commitment to the UN resolution 1701, which put an end to Israeli war on Lebanon in 2006.