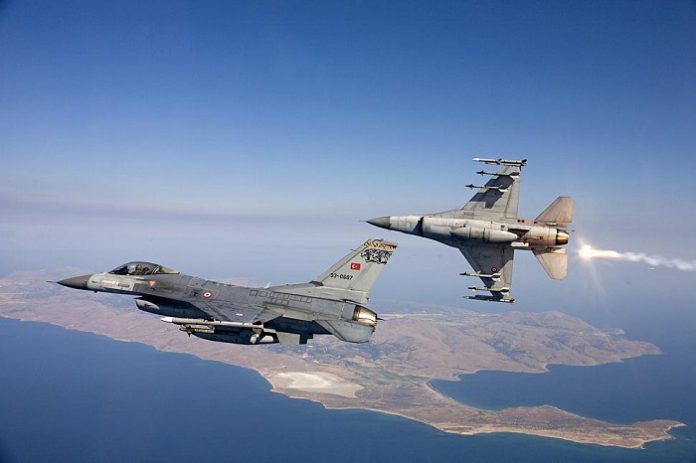 The minister and chief of staff were visiting the islands of Oinousses, Agathonissi and Farmakonissi. The incident took place after the helicopter took off from Oinousses.

The Turkish fighter jets were intercepted by Greek fighter jets and withdrew to their air base in Bandirma in North-West Turkey.

In a statement, the Greek Foreign Ministry condemned the incident and described the harassment as “unacceptable.”

“This is yet another unacceptable Turkish action. An action that once again confirms the negative role Turkey is playing in the region through its persistence on anachronistic approaches to international relations, and on violations of international legality that lead nowhere,” the Ministry wrote.

“We call on Turkey to enter the 21st century and to follow the example of Greece and the other countries of the region, by working constructively within the framework of the rules of good neighbourliness.”

The Ministry of Defense has provided photos of the incident, including the ones above.