‘Treat us as equals’: Turkish FM reiterates support of two-state solution in Cyprus 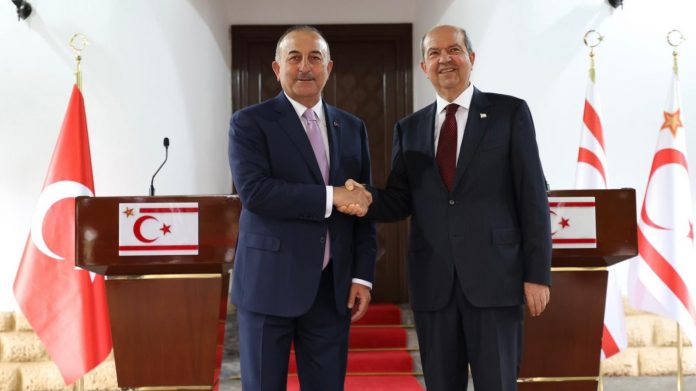 Turkish Foreign Minister, Mevlut Cavusoglu, has reiterated Turkey’s support for a two-state solution in Cyprus, while accusing Greece of trying to rally international support against his country, Ekathimerini reports.

“Two states existing side by side can cooperate between them in every possible way,” Cavusoglu said during a visit to the Turkish-occupied north of the island on Monday.

“If the Greek Cypriot side is sincere about wanting to treat Turkish Cypriots as equals, then it will recognise their political sovereignty and we will cooperate.”

Cavusoglu also accused Greek officials of “griping” to the international community and unfairly accusing his country of preparing to attack Greece.

In response, Greek diplomatic sources quoted by state broadcaster ERT said that Greece “will not be drawn into a sterile confrontation” with Turkey.

“We have responded to Turkey’s baseless claims with maps and letters. Athens responds calmly and with evidence,” the same sources said.

Cyprus has been divided since 1974 when Turkey invaded after a brief Greek Cypriot coup orchestrated by the military junta then ruling Greece.

Turkey justified its invasions by citing its rights to protect Turkish Cypriots, but the island has remained divided between the internationally recognised Republic of Cyprus and the TRNC, which is only recognised as a state by Turkey.

Turkey’s calls for a two-state solution on the Mediterranean island are in violation of United Nations resolutions and have been rejected by Cyprus, Greece, the European Union and the United States.