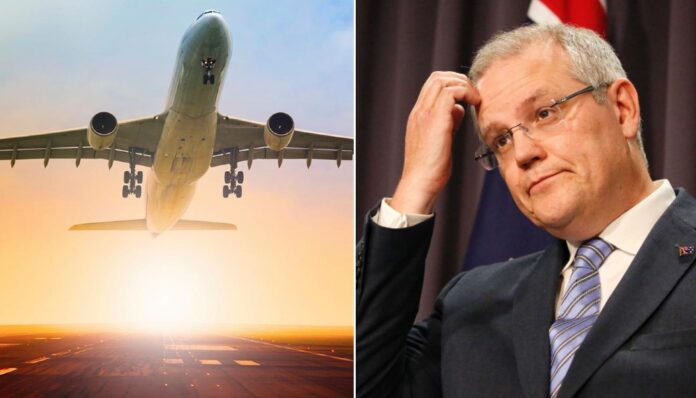 Catching coronavirus on a flight is less likely than being struck by lightning, according to the International Air Transport Association (IATA).

Research published by IATA said that between January and July this year, there have been just 44 cases where coronavirus is thought to have been transmitted during a flight. This number includes confirmed, probable and potential cases.

At the same time, the industry association said that 1.2 billion passengers have travelled by air, representing a one in 27 million probability of catching COVID-19 on a flight – significantly less than the chances of being struck by lightning, which is around one in 500,000 according to the US Centers for Disease Control and Prevention.

Of the 44 cases cited, the highest number was on a London to Hanoi flight, where 15 people were thought to have contracted the virus – the cases are listed as probable.

A flight from Sydney to Perth had 11 cases of transmission on board, eight of which were confirmed and three are probable.

As the data period of the report runs up to July, it doesn’t include some of the recent cases, such as the 16 people who tested positive for coronavirus following a Tui flight from Zante to Cardiff in August.

In the case of the Tui flight, it’s not clear how many people had caught COVID-19 while in Greece and how many subsequently contracted it due to the flight.

This new data comes as Australia’s Prime Minister, Scott Morrison, has cast doubt on when Australians will be able to travel internationally again.

Morrison has confirmed Australia will move “very cautiously” to reopen quarantine-free travel with a “handful” of countries, raising the prospect Europe and the United States will be excluded until 2022 unless a COVID vaccine is available.

The Prime Minister made these comments at a doorstop in Redbank, campaigning with Queensland’s Liberal National party leader, Deb Frecklington.

He told reporters New Zealand would be the “first step” and very soon New Zealanders “will be able to come to New South Wales, the ACT, and the Northern Territory.”

“The reason they won’t be able to come to Queensland is there is still a requirement for a two-week quarantine in Queensland,” he said, explaining that allowing international trips to Queensland would prevent Australians returning home due to the cap on hotel quarantine.

“When that is no longer necessary – great – I think that will be tremendous for the Queensland tourism industry.”

“There are countries that have performed well on the health front and Australia and those countries are one of a handful that have had the same level of success,” Morrison said.

“But we have to go cautiously on this, very, very cautiously. COVID-19 hasn’t gone anywhere, it’s still there – it’s no less aggressive today than it was six months ago. We need to keep the habit of COVID-safe behaviours.”