The Hellenic Museum appoints new CEO and Head of Curation 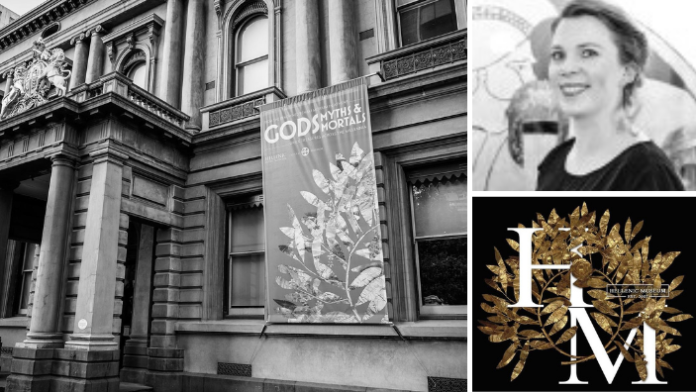 Sarah Craig has been announced as the new CEO and Head of Curation at The Hellenic Museum in Melbourne.

Ms Craig will lead the strategic planning, realisation and implementation of the museum’s ambitions, whilst also nurturing the museum’s dynamic partnership with The Benaki Museum.

READ MORE: New Benaki Museum in Melbourne set to be first of its kind outside of Greece.

“I am delighted to evolve my leadership role at the Hellenic Museum,” Ms Craig, who has been the museum’s curator since 2015, says.

“I am stepping into this position brimming with creativity and energised to lead the strategic vision of the museum as we prepare for reopening and beyond.”

Since 2015, Ms Craig has been instrumental in commissioning new works for the museum, including Bill Henson’s Oneiroi, Sam Jinks’ The Messenger and Pichi Avo’s Renegades.

The Hellenic Museum’s Chairman and Board say they’re looking forward to see Ms Craig lead the museum into its exciting new chapter.

“Sarah is an inspiring, thoughtful and experience leader with an ingrained passion for art, history and culture,” Chairman of the Hellenic Museum, Harry Stamoulis, says.

“Sarah’s talent and intimate knowledge of the Hellenic Museum allows her to move flexibly and effectively towards a new and exciting chapter at the museum.”

The Museum was founded in 2007 to promote an appreciation of the rich heritage of ancient and contemporary Greece.

In September, a $244 million planning application was lodged with the Victorian Government and Heritage Victoria, proposing the 143-year-old heritage building on Queen Street be adapted to house a satellite of Greece’s Benaki Museum.

The Benaki’s artefacts are already widely featured across several museums in Greece, but there has been a push to make Melbourne the Benaki’s first overseas expansion.