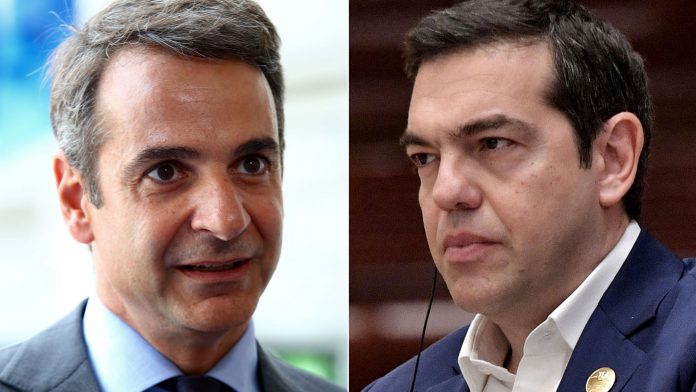 During a presentation to the SYRIZA party, leader Alexis Tsipras called on the Greek Prime Minister, Kyriakos Mitsotakis, to set a date for early elections in September.

Tsipras called on Mitsotakis to “get serious,” stressing that “the country is facing a double crisis” that is social and geopolitical.

Socially, he asserted Greece is being faced with “the frightening rise of inflation and the contraction of incomes,” noting that the price of gasoline in Greece is the seventh most expensive in the world.

Geopolitically, the SYRIZA party leader stated that “there is so much insecurity and tension in Greece’s relationship with Turkey,” whilst accusing Mitsotakis of putting the country at risk of instability by becoming involved with the Russia-Ukraine war.

In a TV interview with capital.gr, Mitsotakis said that he intends to run the full four years because he believes it to be “institutionally correct and imperative,” however, he is willing to call an early election should the political climate escalate.

“A prolonged pre-election period with great controversy is definitely something that the country does not need,” he said.

“Yes, I want to go at the end of the four years, but I also call on everyone not to escalate things to such an extent that we end up having a very long pre-election period of great intensity, which will only exacerbate the political controversy to such an extent that it will eventually lead to citizens not being concerned and not interested in what is happening in politics.”

Speaking directly on Greece’s current economic climate, the Prime Minister said: “Europe is at war and the consequences, unfortunately, of this Russian invasion of Ukraine are now being felt throughout the spectrum of economic activity.

“We have a duty … to intervene to mitigate the effects of the increases at all levels, in order to “gnaw” as little as possible the disposable income.”

When asked about Greece’s relations with Turkey, he maintained: “The country must be on the right side of history, not only because this is morally correct, but also because it is beneficial for national interests.”

He went on to liken Turkish provocations over the Aegean Islands to that of Russia and Ukraine.

“It is unthinkable for anyone to talk about changing borders. Any questioning of our national sovereignty, with any excuse, is completely unthinkable and condemnable from the beginning. It’s a debate that no one will ever even agree to have. I am not talking about Greece, I am also talking about our allies.”