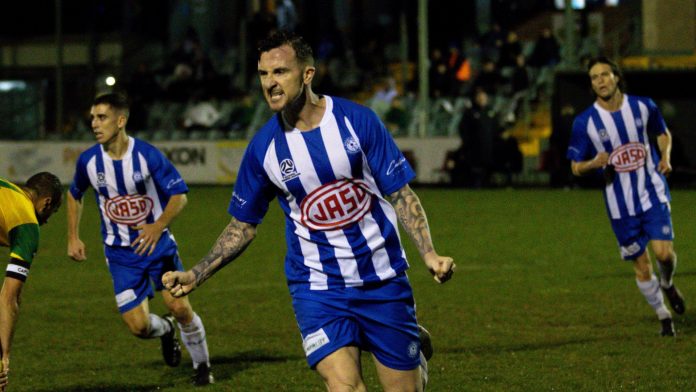 Sydney Olympic FC remain in the hunt for the Premiership after they secured a 3-2 win against Mt Druitt Town Rangers at Popondetta Park on Friday Night.

Roy O’Donovan started the lead with his shot bringing his tally to 19 for the season so far all the while giving a beautiful assist to McIllhatton to secure three points.

The hosts pulled one back in the second half through substitute Mabior Garang and then a late screamer from Jack Stewart for some consolation.

The visitors were looking to put pressure on the top two in the league coming into the final week and got the opener through the head of O’Donovan from an Oliver Pufflet cross for 1-0.

Mt Druitt Town Rangers tried to respond themselves in the 25th minute through their own sharpshooter Jack Stewart, but his effort was thrashed wide of the right-hand post.

Not content to sit on their goal lead, Olympic kept pushing forward.

Post-match, Mt Druitt Town Rangers coach Stewart Montgomery stated that the game was a snapshot of the Rangers season in 2022.

“It was a snapshot of the season for us,” he explained.

“We had good moments then conceded on the transition against a good Sydney Olympic FC side.