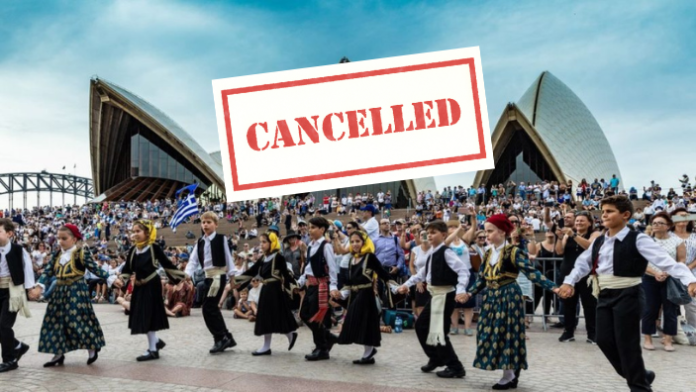 The annual parade from Sydney’s Martin Place to the Sydney Opera House has been cancelled for this year, according to The Greek Herald‘s sources.

A wreath laying ceremony will still be held at the Tomb of the Unknown Soldier in Martin Place on March 28, with numerous dignitaries, politicians and His Eminence Archbishop Makarios of Australia set to attend.

A number of Greek Orthodox schools in Sydney will also be holding small celebrations in lieu of the march, showcasing the history of the Greek Revolution through dancing, singing and poetry.

Numerous Sydney councils, such as Randwick City Council, will also be holding events to mark the 200th anniversary of the 1821 Greek Revolution.

The cancellation of the march will come as a disappointment to Sydney’s Greek community, with over 10,000 people typically turning up for the march every year.