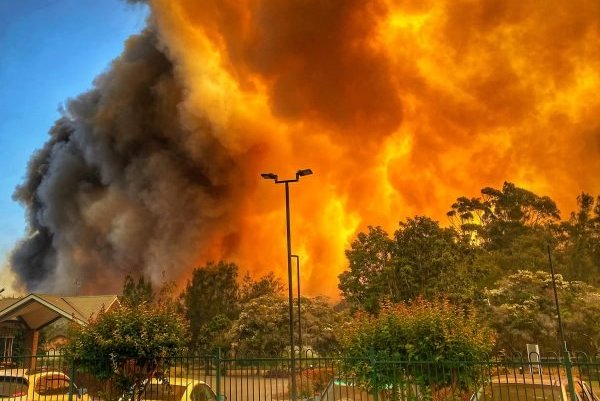 Prime Minister Scott Morrison has come under heat for his responses to the Australian bushfires that are proving to be the worst bushfires the country has ever seen.

The fires have taken lives, including those of Geoff Keaton and Andrew O’Dwyer – two firefighters who lost their lives on Thursday.

The Prime Minister released a statement after meeting the families of Geoff and Andrew.

“Geoff and Andrew were tragically lost while displaying extraordinary courage and service to our nation and their local community,” said Scott Morrison.

“Yesterday I had the privilege of meeting Geoff and Andrew’s families — their wives, their parents and their young children. I personally expressed Jenny and my condolences. I also met their incredible local RFS family who are deeply mourning their loss. We honour their memory, we respect their heroic contribution and we are grateful for their service.”

His statement went on to discuss how disasters like this years bushfires, or the floods earlier this year bring out the “best” in Australians and “proves just how great a country we are”.

From here, the statement, which started off as an act of honouring those lost and acknowledging the pain and suffering of many families, turned into a political opportunity.

“We live in such an amazing country. However, unlike in times past when Australians have united, on this occasion we have sadly witnessed greater division and conflict. Genuine concerns have led some to question the support being provided by state and federal governments for the ­firefighting response, as well as the ­contribution of climate policy to these fires,” said the Prime Minister.

“While there is always more that can be done, I can assure Australians that our governments, supported by the Commonwealth, including our defence forces, have ensured that our firefighting efforts have never been better resourced or their actions better co-ordinated. “This has been confirmed to me in the many visits made and briefings I have received from fire chiefs both before the fire season commenced and from September this year as the fires began.”

His statement went on to “assure Australians” that the governments resource investment in the bushfire management is sufficient.

“Visiting these locations I have seen first hand the co-ordination, the technology, the rapid response, the professionalism, the resources, the bravery and determination,” he wrote.

“Their work includes, for example, ensuring we have firefighting planes and helicopters in place, which the federal government has put $26 million into this year alone, including a recent boost of $11 million, ensuring there are supplies of fire retardant in the country or that our mapping systems and emergency frequencies are in place and in good order.”

After lengthy commentary on how the governments hefty donations have helped during this bushfire disaster, Scott Morrison decided to address the elephant in the room: climate change.

“And yes, we must continue to take real action on climate change. There is no disagreement and there has not been any denial of this critical factor, either by the federal government or any state or territory government,” he wrote.

“But to suggest that increasing Australia’s climate targets would have prevented these fires or extreme weather events, in Australia or anywhere else, is simply false.”

“As part of a global effort, our government will ensure Australia keeps commitments made at the election. Australia’s carbon emissions are on average 50 million tonnes less per year than they were under the previous government. All achieved without a carbon tax.”

“As I made clear at the election we will exceed our Kyoto commitments, we will meet our Paris commitments and we will continue to welcome ­record investments in renewable technologies. At the same time we are getting electricity prices down, by $65 a year according to the latest figures, as a result of our policies.”

“We won’t embrace reckless targets and abandon our traditional industries that would risk Australian jobs while having no meaningful impact on the global climate. In short, we will continue to act responsibly on climate change, avoiding extreme responses and get the balance right.”

“That’s the promise we made to Australians and I intend to keep it.”