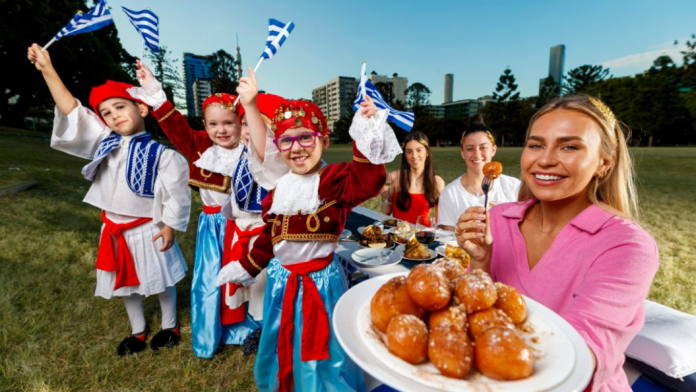 The largest cultural festival in Queensland, and the longest running Greek festival in the country, Paniyiri, has announced it is being postponed from its planned dates of May 21 and 22 to October 15 and 16 this year due to the bad weather forecasted.

The chairman of the Paniyiri Organising Committee, Chris Kazonis, said it’s extremely disappointing but they have been monitoring the weather forecast closely and have no other choice to postpone it, due to the infrastructure set up and the damage it would cause to the ground in Musgrave Park.

“We are disappointed to have to make this decision, particularly for the community groups and charities who rely on Paniyiri as their major fundraiser; as well as all the vendors, sponsors, and the team behind the scenes and for all the people who were looking forward to coming to this, particularly given the last two years,” Mr Kazonis said.

“But the good news is, we will be back bigger and better than ever on October 15 and 16 at Musgrave Park and we are encouraging everyone who has pre-purchased their tickets to hold onto them as they will be valid.

“Unfortunately, this is the one element of an outside festival that we can’t control. This decision was not made lightly and ultimately took into account patron, stallholder, talent, volunteers and staff safety given the current weather forecast.”

Michael Anastas, President of the Greek Orthodox Community of St George, Brisbane said: “With the significant rain event, the support of the Greater Brisbane community is paramount. Paniyiri attracts such a broad following from all over South East Queensland and we hope that the South East sees its way through safely.”

For over 40 years, Paniyiri has grown to become one of most anticipated events on Queensland’s calendar. A stunning success story for a celebration that started as a simple Sunday picnic in the park back in 1976 by a group of passionate Greek Australians who wanted to share their culture and cuisine with Brisbane.

After the success of that inaugural year, organisers decided it was their musicians and dancers who would bring this celebration to life. This led to the creation of Brisbane’s first Hellenic dance club in 1978, and who have been showcasing traditional dances in traditional costumes from the various regions of Greece at every Paniyiri Festival since.

Paniyiri was cancelled in 2020 due to COVID and a much smaller scaled back event was held in the Greek Club in 2021. Paniyiri is a community initiative of the 25,000 strong Greek community of South East Queensland. All funds raised are distributed back to the community via the Greek Orthodox Community of St George, Brisbane. This is Brisbane’s oldest Greek community established in the 1920s.