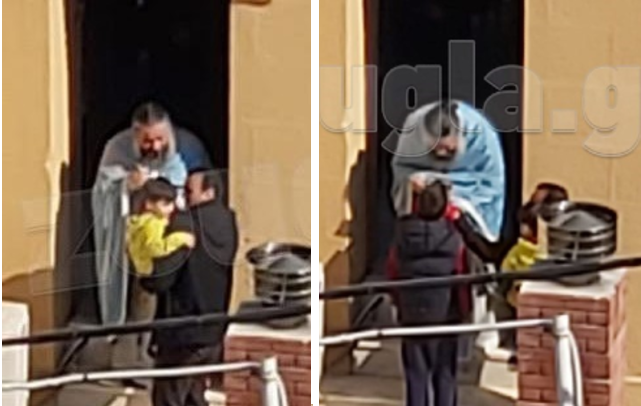 The Greek government has asked a prosecutor to press charges against two priests who provided Holy Communion to the faithful on Sunday despite a ban on church attendance.

One of the priests, in the Athens neighborhood of Koukaki, was photographed from a nearby building secretly giving communion to people through the back door.

The other incident happened in Corfu at the St. Spyridon Church, where the priest invited more than 15 people to the Sunday liturgy.

Deputy Minister of Civil Protection, Nikos Hardalias, said the actions of the priests were a clear violation of the coronavirus lockdown.

“What happened today in churches in Koukaki and Corfu is a violation of the law and of the Holy Synod’s orders, and put the lives of citizens and public health in great danger,” Mr Hardalias said in a statement.

“I contacted the Minister of Justice so that he can ask the prosecuting authorities to intervene.”

The move comes after the Greek government banned the public from church, with only a maximum of five people allowed inside to conduct religious services. This includes the priest, chanters and assistants.

With Greek Orthodox Easter fast approaching, Greek authorities remain concerned that more people will flout strict quarantine measures by attending church and engaging in the customary exodus from the cities to the countryside.

On Sunday, 38 people were already fined 300 euros each for trying to leave cities.