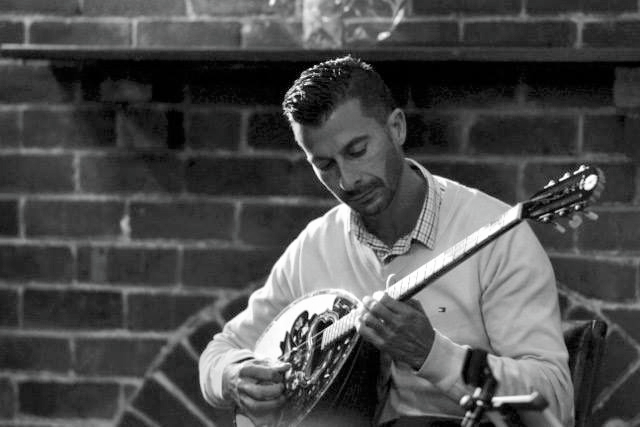 Dean Georgalas has been playing the bouzouki since the tender age of 9 but more recently, the COVID-19 pandemic forced him to adapt his musical talent for the online world.

Cue the second digital installment of The Melbourne Rebetiko Ensemble which is set to take place this Friday, June 26 at 7pm. The Ensemble will be streamed live on the Facebook pages of The Greek Herald and Rebetika in Melbourne, and Dean says he’s proud he gets to perform Rebetiko music from his favourite artists.

“I’ve been playing the bouzouki for 38 years. I was inspired by some of the great artists such as Georgios Zampetas and Manolis Hiotis. It’s that unique sound which resonates and draws you in,” Dean tells The Greek Herald.

“So when I play I’m in my own world. Away from everything! I can express my feelings through my music. It’s truly special. Rebetika allows you to feel the music and connect like no other style.”

But how does Dean feel about sharing his music and “his own world” with thousands of viewers who will tune in to the digital concert on Friday? Because let’s not forget, the first concert reached more than 19,000 people.

“I’m extremely excited. Initially, I was quite sceptical but after the feedback and the difference we felt we had made, it has really made us appreciate our audience and our fans so much more,” he says.

“We are always looking at different and better ways to perform. We are constantly updating and adding to our repertoire. We also have a great choice of songs for this second performance.”

Works by Vassilis Tsitsanis, Sotiria Bellou and Giorgos Mitsakis are expected to be performed, along with original music from the Ensemble’s upcoming CD, ‘To Monopati,’ which is available for digital purchase and download.

Taking part in the online performance will also be founding members of the Ensemble including Stavrina Dimitriou (vocals), Achilles Yiangoulli (vocals/guitar) and Con Kalamaras (baglama/vocals).

A grouping which Dean calls a “diverse bunch” who are excited to see where the future takes their magical music making.

“We all have a strong passion for what we do. We are all so very dedicated and every gig is an absolute buzz,” Dean exclaims. “So I think as long as we have the people’s support, we might have a third ensemble. Why not! Third, fourth…”

It’s clear there are some exciting times ahead.

The Melbourne Rebetiko Ensemble can be streamed live on the Facebook pages of The Greek Herald and Rebetika in Melbourne on Friday, June 26 at 7pm.