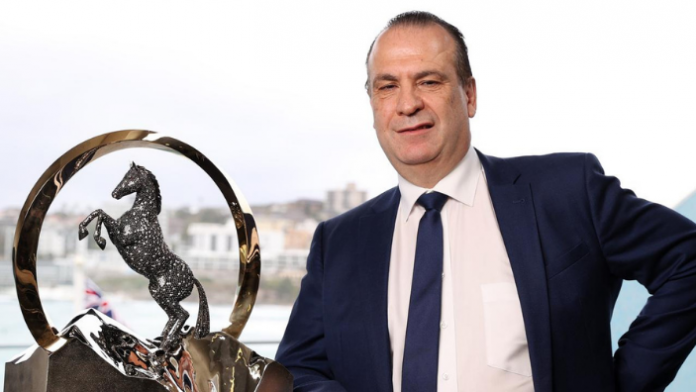 Racing NSW Chief Executive Peter V’landys has been given praise in a recent article in the Sydney Morning Herald for being the reason for “the present strength of Sydney racing.”

The proud Australian-born Kytherian became involved in racing administration in 1988 when he was appointed chief executive of the NSW Harness Racing Club.

In this period, V’landys also played a role in negotiating the privatisation of NSW TAB, which was valued at $1 billion, and was a part of the financial restructuring of the racing industry.

In 2004, he was appointed chief executive and board member of Racing NSW.

V’landys made waves when he went to the High Court to fight racing legislation that eventually forced corporate bookmakers to pay racing and sporting bodies for the use of their ‘product’.

“In the High Court, I had the vibe,” V’landys proudly stated. “And we won.”

The win in court ultimately translated to an incredible $1.5 billion per year for racing and sports, that Peter V’landys has personally seen to being funnelled straight back into the industry.