Over 7,700 Ukrainian refugees taken in by Greece in April 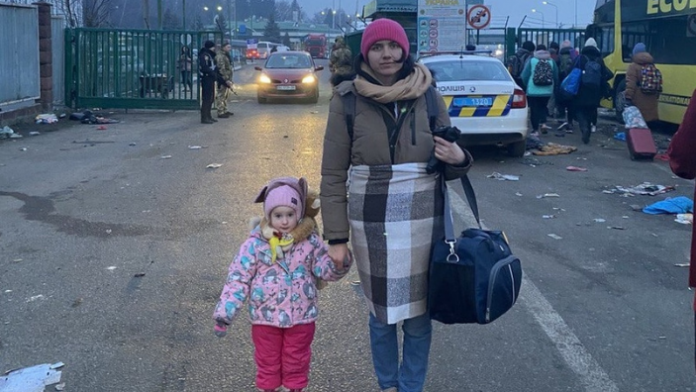 Since the invasion of Ukraine by Russia in February, tens of thousands of people have been kicked out of their homes, displaced, and slaughtered as they attempt to flee their homes.

The Mayor of Mariupol, Vadym Boychenko, accused Vladimir Putin of being responsible for twice as many deaths in the city than Hitler, saying that the Russian leader had more blood on his hands and was worse than the Nazi dictator.

“In the Second World War, 10,000 people were killed in Mariupol in a two-year occupation.  In two months of this blood-shedding war, Russia has killed more than 20,000,” said Boychenko.

“Putin is a bigger evil than Hitler and we must stop him.”

The Migration and Asylum Ministry of Greece announced that a total of 7,759 refugees fled the war in Ukraine for Greece last month and 20% of them were below the age of 18.

From the start of the Russian invasion until April 30, the ministry received 13,147 applications from Ukrainian nationals requesting temporary protection. 56% were filed with the asylum office in the Greek capital and 29% in Thessaloniki in the north.

Not a single Ukrainian citizen was staying at the short-term accommodation facility in Serres on April 30, the ministry added, saying that 164 refugees were at its long-term housing facilities in the same part of northern Greece on that date.

An additional 133 Ukrainians had been put up in apartments in Elefsina, in Attica, via the EU-funded Hestia program.

In April, Greece was hosting 917,218 million migrants and refugees, 70% of which were nationals of third countries with valid residence permits and 24% European Union nationals or ethnic Greeks.