Operation Ironside: Greek Australians among those arrested in SA 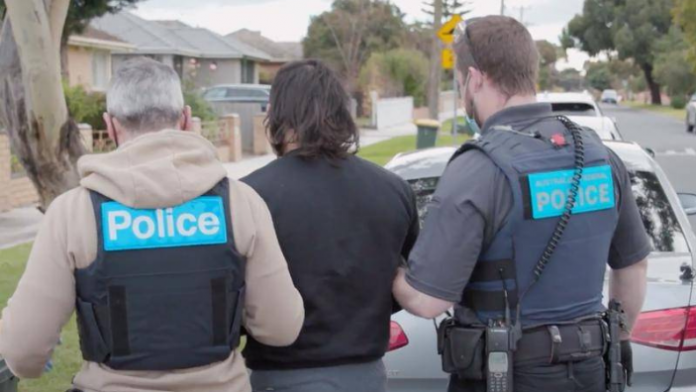 So far 95 South Australians have been charged in the Operation Ironside police sting among them a number of Greek Australians, the Advertiser reports.

Of those, 48 were arrested on Monday when police blew the operation wide open in a series of 5.30am raids across Adelaide. The individuals are facing charges ranging from manufacturing and trafficking drugs, participating in a criminal organisation, firearms offences and conspiracy to murder.

In total, police have seized 90kg of high-grade methamphetamine, with a street value of $45m, 50L of fantasy, 350kg of cannabis and 10,000 ecstasy tablets.

Here’s a list of who some of the people arrested, where they’re from and what they’ve been charged with according to the publication.

Aged 45 from Wattle Park. Charged with possessing illegal firearms, ammunition and silencers as well as trafficking in a large commercial quantity of a controlled drug.

Aged 18 from Burnside. Charged with trafficking in a large commercial quantity of a
controlled drug.

Aged 35 from Two Wells. Charged with possessing firearms and ammunition without a licence

Aged 44 from Hackham. Charged with trafficking in a large commercial quantity of a
controlled drug.