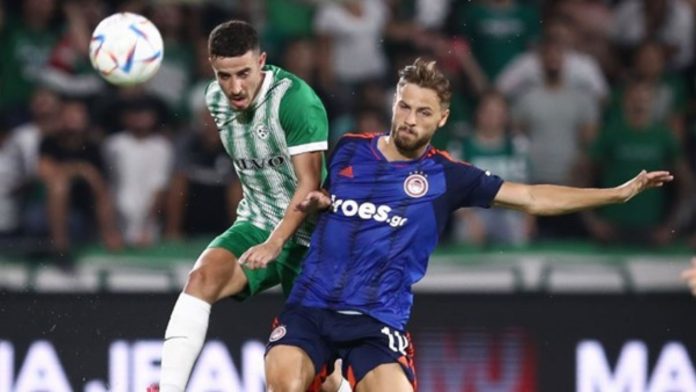 Greek football champions Olympiacos FC drew against Maccabi Haifa in the first leg of the second qualifying round of the  Champions League competition.

The second part of this leg will be played on July 27th in Greece and will face Cypriot champion Apollon Limassol.

The Greek team’s goal was scored by Philip Zinckernagel in the 7th minute, with the Israeli team equalising in the 92nd minute through Haziza.

In other second qualifying round matches played on Wednesday, Ukraine’s Dynamo Kyiv were held goalless by Fenerbahce of Turkey; Dynamo Zagreb of Croatia was held 2-2 by Shkupi of North Macedonia and HJK of Finland lost to Plzen of Czech Republic 1-2.

The Greeks held the lead since the seventh minute after a shot by Tiquinho Soares hit the post, and Philip Zinckernagel easily turned the rebound into the opening goal.