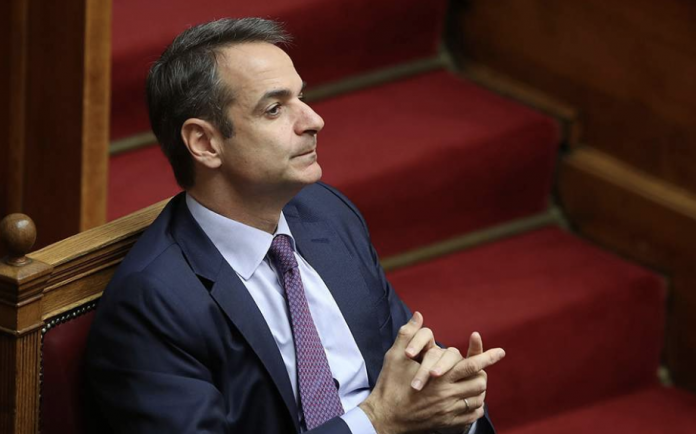 Greek Prime Minister Kyriakos Mitsotakis said Thursday he intends to include more women in his “first reshuffle,” adding however that this change is not in cards for the immediate future.

Mitsotakis, who has just arrived in Davos for the World Economic Forum, was remarking on the election on Wednesday of the first female president in Greece, Katerina Sakellaropoulou, saying his goal by nominating her “was to pick a person symbolising the unity of the country and, second, to make it very clear that we’re moving into a new era.”

He said Greece is still “way behind the curve” when it comes to gender balance, to which a Politico reporter said that the same applies for his government.

“That is also something I intend to change in the first reshuffle,” he was quoted as saying.

Asked if the reshuffle was imminent, he responded: “No. I said when I would do my Cabinet reshuffle. That’s not my immediate plan — I’m quite happy with my government.”