Mitsotakis: The war has not been won yet 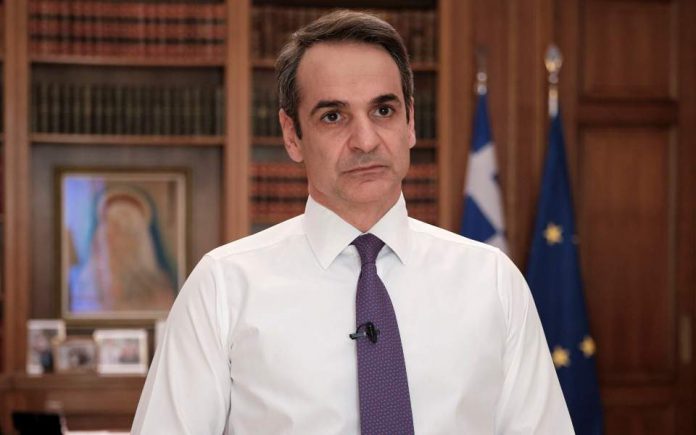 Greek Prime Minister Kyriakos Mitsotakis praised the country’s efforts to contain the coronavirus on Monday, but said there was no room for complacency before Orthodox Easter.

“We showed our best self and this… fills us with pride, it arms us with more courage to keep fighting,” Mitsotakis said in a televised statement.

“But the war has not been won yet.”

Greece was swift in implementing measures of social distancing after its first case of COVID-19 surfaced in late February, imposing a nationwide lockdown days later.

But as Orthodox Holy Week begins, Mitsotakis urged Greek citizens to stay home and not be tempted to go to church as any complacency could easily reverse the country’s successful efforts to contain the disease so far.

“Our faith is not at risk, but the health of the faithful. A thread separates victory from disaster and if we don’t heed to the advice of the experts until the end, we may destroy all we have achieved,” he emphasised.

“The slightest complacency can lead to a painful backtracking.”

Mitsotakis then warned that the return to normal life would be gradual but Greeks would still be different.

“It’s certain, that when the crisis is over we’ll look at the people who stack supermarket shelves differently. We will care if the man on the bike is wearing a helmet. We’ll be saying good morning to the women and men emptying our neighborhoods garbage containers,” he said.

“They will no longer be invisible.”

His televised statement comes in the face of Greece reporting 30 new cases of COVID-19 on Monday, bringing the total in the country to 2,145. The death toll stands at 99.