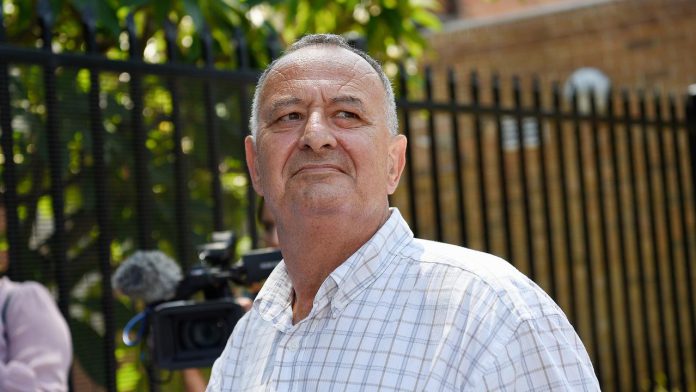 Police allege Orkopoulos sexually and indecently assaulted two juvenile boys known to him on separate occasions in the 1990s at locations in Lake Macquarie and on the NSW mid-north coast.

“As you would expect, coming forward in relation to being a victim of a sexual offence is a very traumatic experience,” said Superintendent Sullivan. “We are very thankful for the courage shown.”

He also said he could not elaborate on the charges of causing a child to participate in child prostitution.

“They’re very difficult matters and they arise directly from the investigation, and they’ll be put before the court as that person has now been charged.”

Orkopoulos was refused bail to appear at Newcastle Local Court via audio-visual link on Tuesday.

He was granted parole in December 2019, but was then re-arrested in January for allegedly setting up an Instagram account and not telling police within the required seven days.

He had his parole revoked in February after Corrective Services NSW officers told police he used the mobile phone of a fellow resident at the Malabar halfway house where he lives.

Orkopoulos served in Parliament from 1999 to 2006 and was a Lake Macquarie councillor for four years.

Magistrate John Chicken adjourned the case to August 20 when the police brief of evidence against Orkopoulos was expected to be complete.