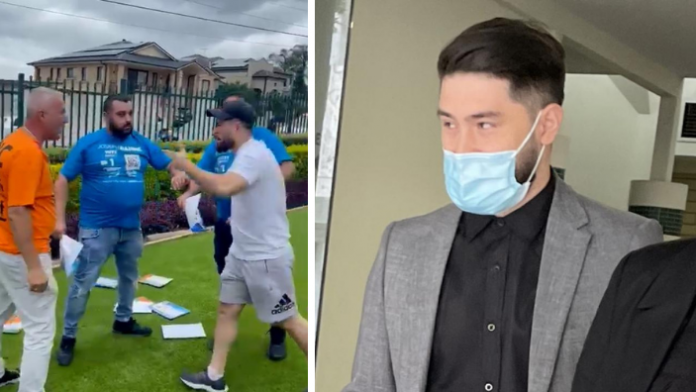 A man who attacked former Cumberland Mayor Steve Christou outside a polling booth at Merrylands on council election day has avoided a conviction, The Daily Telegraph reports.

Khayam Ali, 29, attended Fairfield Court on Wednesday after he pleaded guilty to the assault on Cr Christou.

The incident took place when Ali became infuriated by claims from a younger relative the mayor had threatened to snatch him away at the Merrylands Public School polling station on Fowler Rd.

Fresh police documents tendered to the court reveal the boy, who was a Labor volunteer, told police Christou, who is an Our Local Community councillor, had been bullying him for three days when they were campaigning at the Holroyd Centre polling booth at Merrylands and on election day.

Cr Christou declined a voluntary police interview but denied any wrongdoing and he was not charged.

At the time of the assault in December 2021, Cr Christou told The Greek Herald the incident was “very disappointing.”