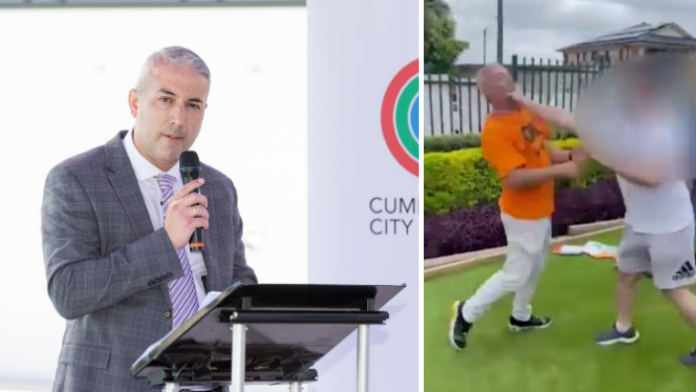 A 29-year-old man has been charged after he allegedly assaulted Cumberland City Council Mayor, Steve Christou, outside a polling booth at a Merrylands school on Saturday.

Video of the incident posted online shows Cr Christou, in an orange shirt, in a heated verbal and physical altercation with a man in a white shirt and grey shorts.

Cr Christou was allegedly assaulted before bystanders intervened to break up the incident.

In a statement to The Greek Herald, Cr Christou said he was “feeling good” and thanked all the people concerned about his welfare after the incident.

“I can’t comment too much but it’s very disappointing that a candidate put up to represent the community has to be subjected to this type of behaviour,” Cr Christou said.

“I’m also disappointed that Labor continue to endorse Councillor Ola Hamed, who was standing behind the bloke recording it all and inciting the problem.”

The 29-year-old man will appear in Fairfield Local Court next month.