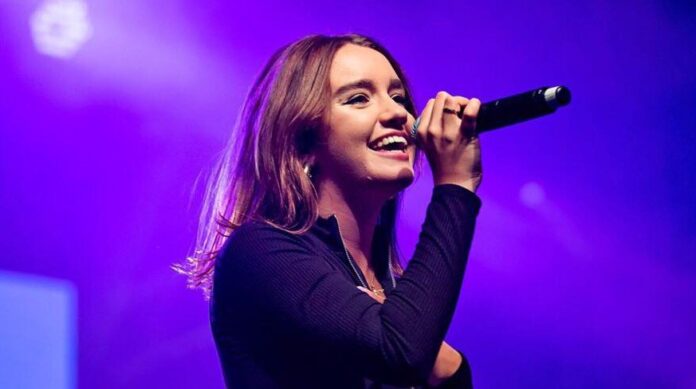 Speaking to The Sydney Morning Herald, Karydas said she’s thankful she was able to break onto the music scene in 2020, being “a long time coming.”

“I’ve been releasing music for about six years under some different monikers. I was in America, I was in the UK, I was in Sweden and going through a lot of writer’s block and imposter syndrome. I came back with Complicated last June. So this will be my year – fingers crossed.”

Complicated has become an anthem for many Australians whose lives have been upended by the coronavirus pandemic. Including lines like ‘Wish I was in love, wish I was alone’ – prediction website 100 Warm Tunas says it has a strong chance of making the top 10.

“The lyrics slotted into the global conversation in a way I could never have premeditated,” she said.

“It’s been such a tough year. Everyone you speak to, it’s just been a kick in the balls. So it’s a super special song to me.”

Born Hannah Evyenia Karydas, she went under the name ‘Eves the Behaviour’ when she first started making music. But a couple of years ago, she made the call to change up the back half.

“I think the direction I’ve taken…the music is a lot more confessional and up front, so I didn’t want to hide behind a moniker,” Eves said previously.

Triple J’s Hottest 100 countdown kicks off at midday on Saturday, January 23. The winner will be announced around 8pm.