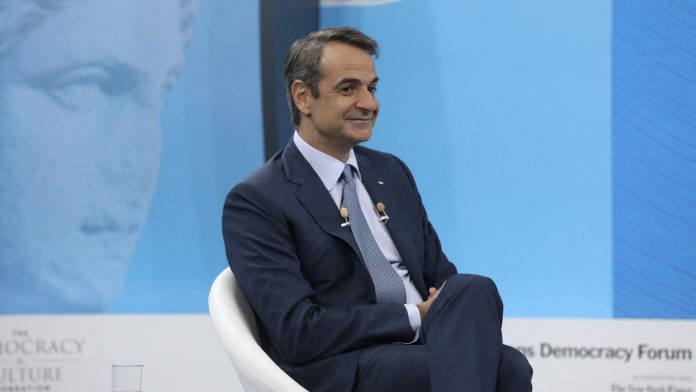 Prime Minister Kyriakos Mitsotakis has called a 2.9b euro naval deal with France long overdue at the Athens Democracy Forum on Thursday.

He spent the event beefing up the Hellenic Navy’s upgrades and its defence coordination with France.

“We bought the frigates at the best price and with the best delivery time,” he told the press.

Greece announced its 2.9b euro deal to acquire three defense and intervention frigates (FDIs) from France on Tuesday.

“This is a strategic partnership which in my mind which goes probably above and beyond the mutual assistance clauses that are currently included in the European treaties,” he told the forum.

“The phrasing is probably slightly stronger but it also signifies the importance that France assigns to the broader region of the eastern Mediterranean.”

He also hinted at a five-year extension to Greece’s defence pact with the US and went on to extend the olive branch to Turkey but says he’s keeping his priorities at home.

“My number one priority is how do we reduce inequalities in this new growth model I’m championing for Greece.”

“At the same time, we cannot ignore the fact that we live in a very complicated neighbourhood.”

“I do not intend to enter into an arms race with Turkey and I’m always reaching out a hand of friendship.”

He assured the forum that his focus on the military is “not at the expense of other priorities” like the pandemic and environmental crises.

He maintained his stance on migration in the wake of Afghanistan’s humanitarian crisis.

He says border forces will continue “intercepting boats at sea, while behaving in a totally humanitarian manner”.