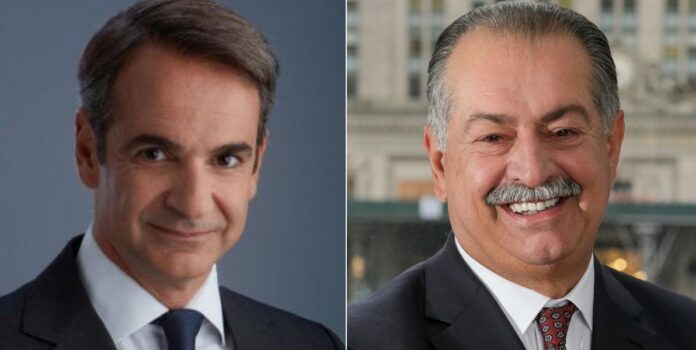 The Prime Minister of the Hellenic Republic, Kyriakos Mitsotakis, will be the special guest at The Hellenic Initiative Australia’s inaugural Digital Conversation Series event being held on Tuesday, 20 October 2020 at 6.30pm (AEDT).

The Prime Minister will be joined by Andrew N Liveris AO, THI’s Global Chairman, for a one-hour discussion around the theme Greece reborn and the role of the Greek Diaspora.

This is the first Australian live stream event the Prime Minister has participated in since coming to office in 2019.

“We are honoured that the Greek Prime Minister has accepted our invitation to speak directly to Greek Australians about the role we can all play as a stronger Greece emerges from its years of crisis,” said THI Australia President, Nicholas Pappas AM.

“This promises to be a thought-provoking conversation between two outstanding and dynamic political and business leaders.”

“We are particularly pleased to be starting this dialogue as we approach the 2021 celebrations marking 200 years since the Greek Revolution that led to the creation of the modern Greek State,” Mr Pappas said.

Since 2014, THI Australia has supported a range of not-for-profit charities in Greece delivering health, social services, education and employment programs.

Registration for this event is essential. As spaces are limited, please register to secure your participation.