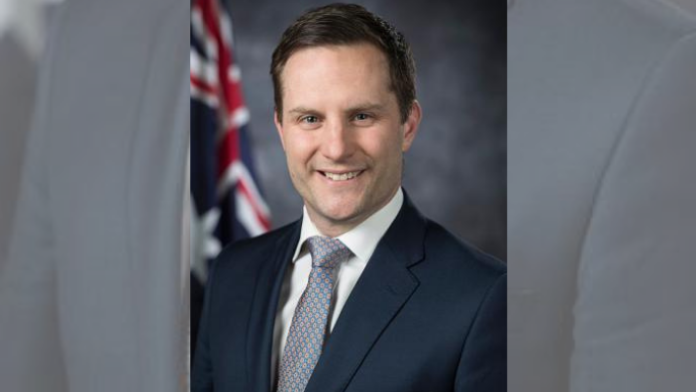 Alex Hawke MP, the Federal Minister for Immigration, Citizenship, Migrant Services and Multicultural Affairs, has sent a message of unity to the Greek Australian community to mark the bicentenary of the Greek Revolution today.

In his message, Mr Hawke reflects on his Greek heritage and thanks the community for continuing to strive for the ideals of democracy, freedom and justice.

“I join with the more than 400,000 Australians of Greek heritage in commemorating the 200th anniversary of Greece’s victory against the Ottoman Empire, and its achievement of Independence.

As the proud first generation son of a Greek migrant mother, this important milestone provides me a unique opportunity to acknowledge and celebrate the contributions of Greek Australians to our great nation.

The history of Greek migration to Australia is closely tied to the War of Independence, with the first Greek settlers arriving in Australia not long after the beginning of the War in 1821. This day allows us to celebrate this rich history, and the significant contributions made by the Greek community.

Whether it be the principles of democracy, freedom and justice, or the works of the ancient Greek philosophers – the contributions of the Greek nation and its culture are forever linked to the development of modern human civilisation.

Even in a year of unprecedented challenges, the Greek community has continued to strive for these ideals – with your strength, resilience and community spirit on full display – something I thank and commend you for.

I extend my best wishes to all Australians commemorating the 200th anniversary of Greek Independence.”