Houses lost from Southern Highlands fire – “We tried so hard. But it wasn’t enough” 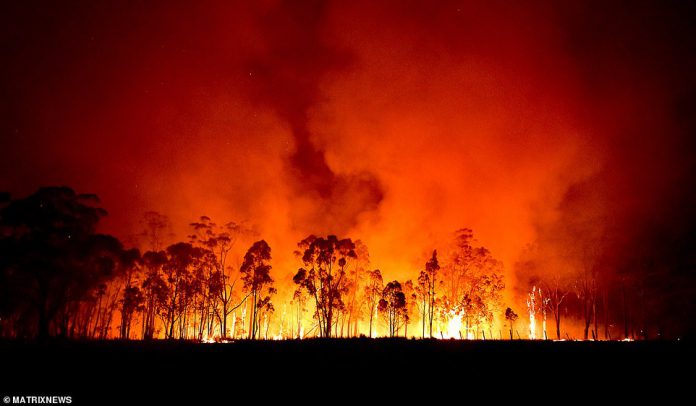 “The conditions were atrocious. We had 2-storey walls of flame erupt and crash towards us where the fire was knee high a minute earlier… the pine trees around us all just seemed to explode. We had to pull out. We went back in as soon as it was safe and tried to extinguish what we can but we were out of water and some of our hoses got burnt and the houses were lost.”

The Reddit user, whose identity was confirmed by The Greek Herald, was present during the bushfires in 1994, 2001, in Black Saturday, and at the Blue Mountains in 2013. He described the events that unfolded today as one of the worst he’s seen, with the whole season being easily the worst for the country.

“The fire behaviour was unbelievable. We tried so hard. We did everything right, we worked and worked and nothing went our way. We lost 4 houses today. We saved 4 more.”

“I am pretty upset by that. I can’t imagine what the residents will feel when they go and find their homes destroyed. But we also protected some families in their homes and they’re ok.”

“My heart goes out to those people who don’t have a home now. We really tried.”

Information about fires near your location can be found HERE

As fires rage across NSW, Royal Fire Service members and volunteer firefighters fight to save people’s homes. Firefighters have successfully saved over 5,000 homes since the beginning of the bushfire season, additionally saving over 1000 lives.

According to an update by the RFS at 11am this morning, the Green Wattle fire is more than 192,000 hectares in size and remains out of control. The fires continue to rage through the area as they approach the Blue Mountains, which firefighters are currently working to protect.

At this stage, four fires are currently at watch and act, with over thirty fires being controlled across NSW.

More information about the Green Wattle Bushfire can be found HERE