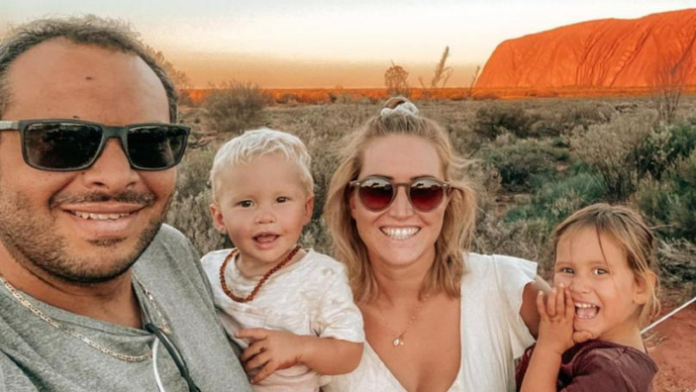 A helicopter is on its way to rescue the Zavros family stranded in the Simpson Desert surrounded by flooded roads.

READ MORE: The Zavros family are stranded in SA’s Simpson Desert due to heavy rain.

In addition to the pilot, it has a paramedic on board to give space for the four-member family, who will be brought back to the Olympic Dam airport.

Orios Zavros, his wife and two children were travelling across Australia on the trip of a lifetime when they found themselves stranded in the Simpson Desert after their campervan became bogged due to heavy rain.

The family set off their emergency beacon about 10am on Friday after becoming stuck in their modified Mitsubishi Canter about 150 kilometres northwest of Oodnadatta.

The beacon led to the Australian Maritime Safety Authority (AMSA) sending a plane from Melbourne’s Essendon Airport to deliver essential supplies to the Perth family. Food, water, DVDs, sweets and nappies were included in the delivery.

At the time, Orios’ mum, Theo, and dad, Lagis Zavros, said the family was coping well with their predicament.