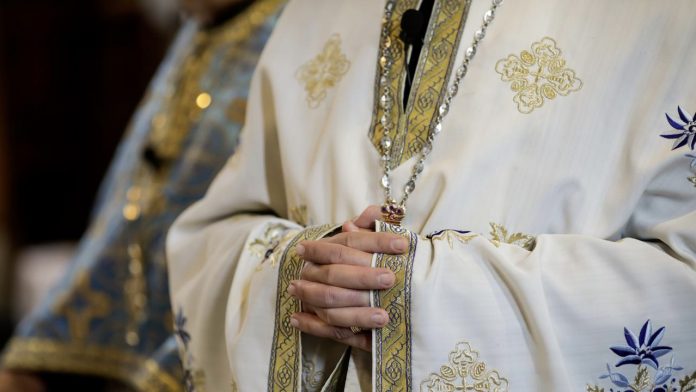 Father Fayjloun, 33, pleaded not guilty in absentia to seven charges of aggravated sexual touching without consent.

Father Fayjloun’s lawyer Phil Sim entered the not guilty pleas via email on behalf of his client at Bankstown Local Court on Thursday.

The incidents, which involved two separate complaints, allegedly occurred at a church at Mangrove on the Central Coast and at a home in Bankstown between August 2019 and February 2020, according to court documents.

In July this year, detectives from Bankstown Police Area Command started investigating Fr Fayjloun after receiving reports two women had been allegedly sexually touched by him on multiple occasions.

In another instance, police allege he kissed a woman on the mouth.

The investigation led to his arrest at his home in Mays Hill on September 1. He was taken to Bankstown Police Station and granted conditional bail to appear in court on Thursday.

The case will return to court in November.