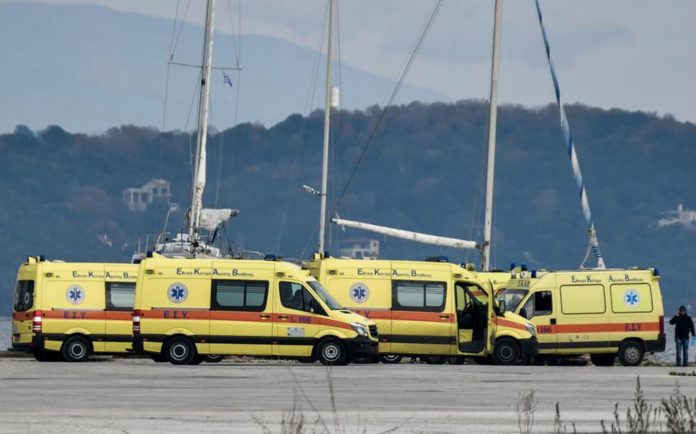 The Greek government expressed sorrow over the 12 people who perished in the Ionian Sea in western Greece on Saturday after a boat carrying migrants sank off the island of Paxos.

Twelve bodies have been retrieved and 21 people have been rescued, including three in serious condition.

A search and rescue operation to locate a number of missing people still continues, according to an emailed press release issued by the Greek Coast Guard. Approximately 50 people were on board when the boat capsized.

“We are all devastated by today’s tragedy. It highlights the necessity to crack down on the inhumane human smuggling networks operating inside and outside Europe,” Deputy Citizen Protection Minister responsible for migration George Koumoutsakos said in a statement to AMNA.

It added that Greece will soon suggest an initiative on European level to tackle the challenge.

Greek Shipping Minister Ioannis Plakiotakis expressed his sorrow over the loss of lives on his social media account, while praised the efforts of rescuers.

The Greek Communist party KKE said in a press release that “Today’s tragedy with so many refugees and migrants who were trying to leave the country, lost off Paxos, brings deep sorrow for the victims and anger for those guilty. It proves once again that the tragedy of the thousands displaced is endless.”

Six Coast Guard vessels, one Navy helicopter and two air force helicopters were assisting the operation, which is being conducted in good weather conditions, according to the Coast Guard’s press release.

Municipal authorities in the town of Preveza have been mobilized to accommodate the people.

Saturday’s tragedy is the deadliest occurring in Greece in recent months. Hundreds have perished in the Aegean Sea, while attempting to reach Greece from Turkey among the over a million people who entered Europe via the Aegean since 2015.