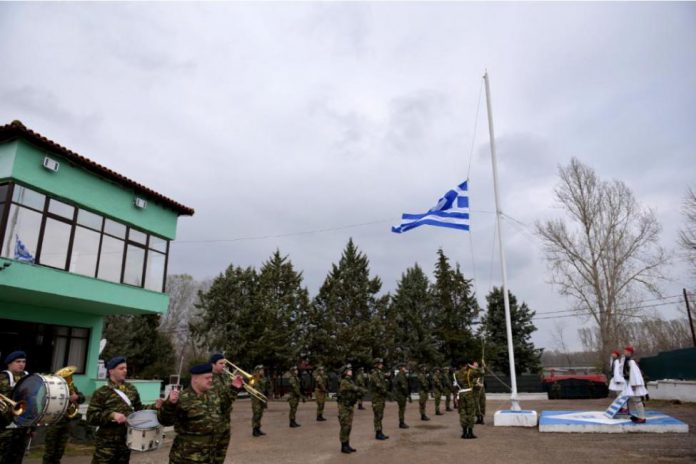 In a mark of defiance, Greece’s Armed Forces marked the anniversary of the War of Independence on Wednesday with a ceremony at the Greek-Turkish border at Evros.

Army units sang the national anthem and raised the Greek flag near the crossing point to Turkey in the small village of Kastanies.

Kastanies has been the focal point of Greek-Turkish tensions, as thousands of Syrian migrants attempt to cross the Greek border after Turkey’s President, Recep Tayyip Erdogan, declared they were free to move into Europe.

The military ceremony comes as these tensions escalate, with Turkish fighter jets continuing to violate Greek airspace at least 10 times on Wednesday.

According to Greek authorities, Ankara has not relented on its strategy of increasing pressure on the Greek border, with thousands of migrants still trying to cross the border on a daily basis.