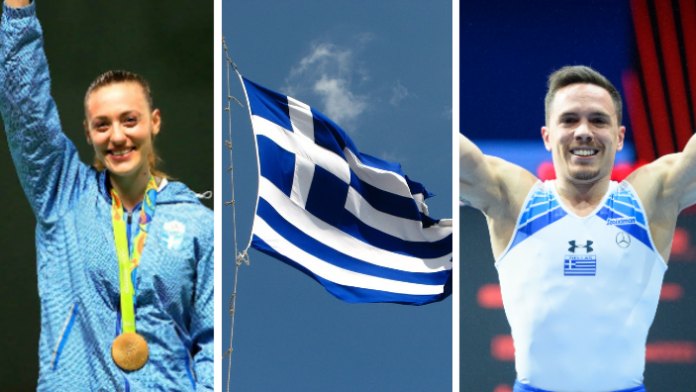 Greek shooter, Anna Korakaki, and artistic gymnast, Lefteris Petrounias, will lead the Parade of Nations at the opening ceremony of the Tokyo Olympics, the Hellenic Olympic Committee has announced.

The decision means the Greek team will have male and female flag bearers for the first time in Olympic history and reflects the International Olympic Committee’s calls for gender equality.

As the originator of the Olympics, the team representing Greece traditionally leads the Parade of Nations.

“The Hellenic Olympic Committee has given me a great honour and I want to thank it for choosing me. It will definitely be a unique feeling to hold the flag of your homeland at the opening ceremony of the Olympic Games in a historic moment, as I will do it together with Lefteris,” Korakaki said.

“I feel very honoured to hold our flag as it is a childhood dream come true. I also want to thank the Hellenic Olympic Committee and I’m sure that this moment will remain forever engraved in my mind and heart,” Petrounias added.

Korakaki represented Greece at the 2016 Summer Olympics, winning a gold medal in the 25m pistol and a bronze medal in the 10m air pistol.