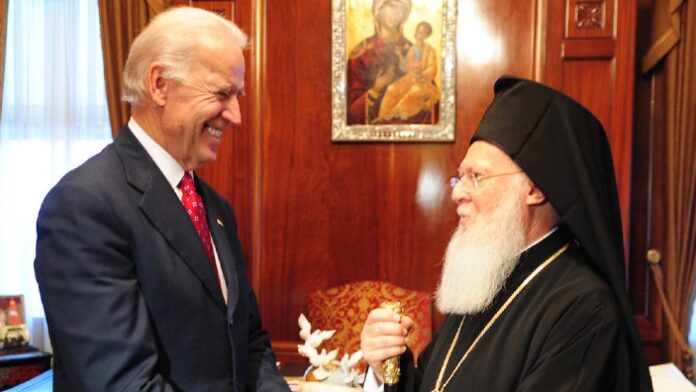 US President-elect, Joe Biden, has sent an official letter of thanks to Ecumenical Patriarch Bartholomew, the Patriarchate’s press officer said on Saturday.

In his letter, Mr Biden thanked the Patriarch for a letter he sent in November congratulating him on his election victory.

Mr Biden said he and Vice President-elect, Kamala Harris, “look forward to a future dialogue” with the Ecumenical Patriarch, adding in a postscript: “We need your leadership.”

The President-elect and Patriarch share a long history of goodwill and friendship, dating back to Biden’s eight-year tenure as Vice President during the Obama administration.

A turning point in their friendship was Biden’s visit to Istanbul as Vice President in 2011. While there, Biden immersed himself in the world of Orthodoxy, touring the most important sites with then-Archbishop of America Demetrios.