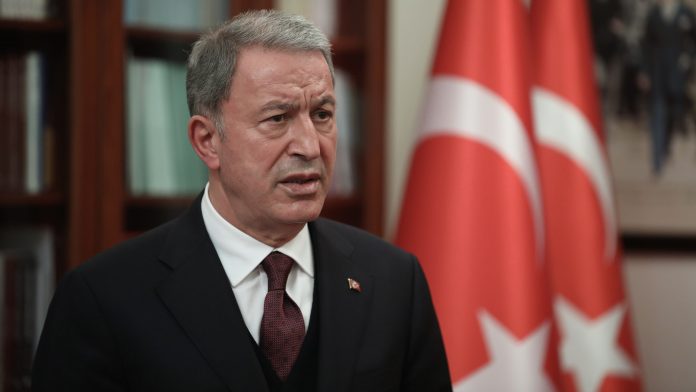 Akar said the Greek government has “aggressive” and “expansionist” policies during a defence meeting in Turkey on Monday.

“The efforts of the Hellenic Coast Guard to pierce the inflatables of innocent defenceless people in the middle of the sea, as well as to shoot them, this is really a great crime against humanity,” he said.

He went on to accuse Athens of inflaming tensions between the two countries by making “repeated and continuous provocations, aggressive statements and actions that… in violation of international law, distort and mislead”.

“Without the Turkish Coast Guard, these people would have died,” he claimed.

Turkish-Cypriot leader Ersin Tatar reaffirmed his stance on the occupation of troops on the island during the meeting.

Tatar said calls for Turkey to withdraw the troops is “a dream that is impossible to realise”.