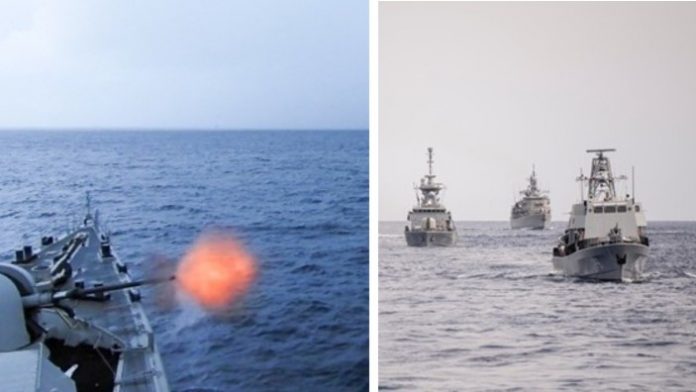 A Turkish coastguard fired at a boat of the Greek Cypriot port and marine police in the sea off Kato Pyrgos Tylliria early on Thursday.

The incident took place at around 3.30am during a regular patrol by the marine police to check for illegal immigrants arriving from Turkey.

According to police, a small three-member boat spotted a Turkish coastguard vessel about 11 nautical miles from the port of Kato Pyrgos Tyllirias.

The boat then started heading towards the fishing shelter of Tylliria, but the Turkish coastguard began to pursue it and fired four warning shots against it.

The foreign ministry was informed of the incident, police said.

Following the incident, the president of Kato Pyrgos Tyllirias community council Nikos Kleanthous reiterated his long-standing requests for increased patrols and checks both at sea and on land.

He said it is “incomprehensible” that the port and marine authority of the area to be equipped with only one small boat.

According to Kleanthous, “the serious provocation by a Turkish coastguard is part of the protection provided to the traffickers of illegal immigrants who have come out in the area of Kato Pyrgos Tillyria very often lately”.